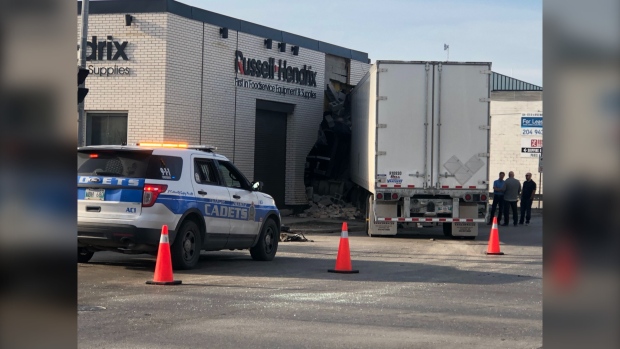 WINNIPEG — A semi-truck has crashed into a Winnipeg business on Wednesday morning.

Images from the scene show the cab of the semi inside the Russell Hendrix Building, located on Erin Street, as well as a car with severe front-end damage.

According to a spokesperson for Winnipeg police, officers, along with fire crews, attended the scene just before 6 a.m. The spokesperson noted it looks like the semi, driving southbound, swerved to avoid a car and ended up crashing into the building.

Two female occupants inside the car were taken to hospital in stable condition, and the driver of the semi was not hurt.