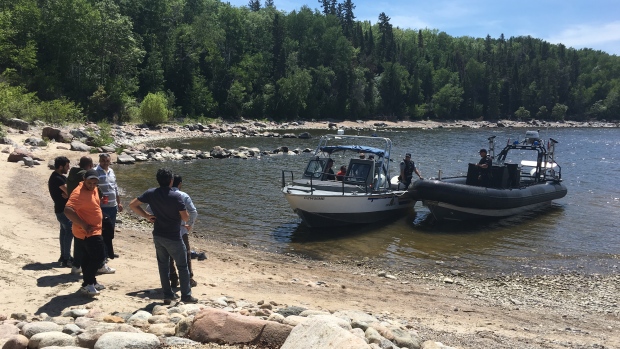 WINNIPEG — The search continues on Lake Winnipeg for a 42-year-old who went missing after a fatal boating incident.

Family and community members have identified the man who went missing as Nour Ali, a refugee advocate and well-known member of Winnipeg’s Kurdish community.

Alan Emre, a member of the Kurdish community, said five people were on board including Ali’s 73-year-old father Hamza, who was pronounced dead on the beach.

“This is a very difficult time for the family and the community around them – they have asked to convey appreciation for everyone’s thoughts, prayers and offers to help, and for the helpful assistance of community members, the RCMP, and other local authorities,” said the Ali/Darweesh family in a joint statement.

“At this time, they are asking for privacy to focus on the matters at hand.”

According to the family, Ali arrived in Winnipeg in 2012 after fleeing Syria in 2006.

He swiftly integrated into his new life, embracing every opportunity to learn, have new experiences, and forge new relationships.

Ali quickly became self-sufficient and became the head of his own company, Thank You Canada.

The family said Ali envisioned and created the Kurdish Initiative for Refugees Inc. and had an active role in several faith and culture-based communities.

-with files from CTV’s Touria Izri