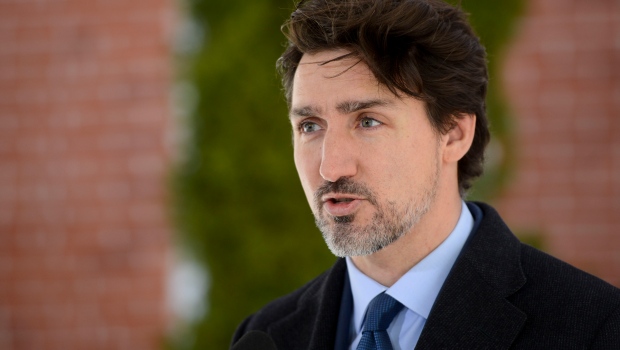 OTTAWA — With increased testing and further understanding of the virus deemed necessary before reopening the Canadian economy, Prime Minister Justin Trudeau is expected to speak to next steps on the research and science front of the COVID-19 fight during his daily address on Thursday.

Scientists worldwide are studying how to treat and ultimately vaccinate for the novel coronavirus, and on Wednesday, Chief Public Health Officer Dr. Theresa Tam said rapid testing to detect and trace the virus’ spread, as well as those who have garnered immunity, will be essential in the interim.

In Canada, there are more than 40,000 confirmed COVID-19 cases and the country has just surpassed 2,000 deaths.

Right now, Tam said, Canada needs to triple the number of COVID-19 tests being conducted daily in order to reach her desired target of 60,000 tests a day.

Tam said she believes that the known lab-confirmed cases are likely the “tip of the iceberg” and serology testing to detect immunity will reveal the prevalence of infection, and also inform decisions about who may be able to return to work.

“That’s definitely one of the key objectives. Our lab is working hard at validating the serologic tests that are being presented. Internationally we’re aware that some of them don’t work so we want to make sure the ones that we have actually are effective and can detect the antibody response in the Canadian population,” Tam said.

“Experts have said that Canada needs to triple its daily testing before loosening restrictions, so where is the plan to do that? What is the government doing to improve testing and tracing?” he asked, adding that he thinks Trudeau should present Canadians with a full plan, by next week, on how the federal government intends to get the economy back up and running.

In an initial COVID-19 aid announcement made mid-March, the federal government earmarked $275 million for research by 47 teams across the country, focused on speeding up the creation and testing of measures to combat the outbreak, such as a vaccine and antiviral drugs.

This came in addition to ongoing increases to lab testing capacity and Canada-wide health surveillance.

The government has also put a call out to Canadian life-science companies, universities, colleges and polytechnic institutions to play a role as well, suggesting in a similar way as done with the mobilization of Canadian manufacturers, that an all hands on deck approach was required to find pandemic solutions.

Earlier this week, offering an update on the various research initiatives underway, Trudeau said that more than 500 firms have offered ideas for innovations to help Canada through the pandemic.

The government says it has shifted the country’s entire industrial policy to focus on the COVID-19 fight. This has included reprioritizing existing innovation and research programs and working on agreements with industry to fast-track the creation and regulatory approvals for getting diagnostic testing products and other disease-tracking technology to market.