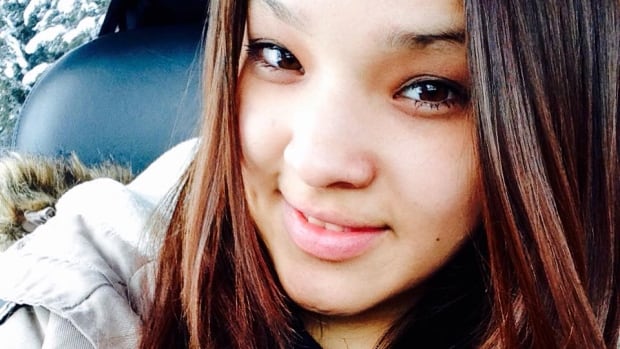 A 40-year-old man will serve life in prison with no chance of parole for nearly 16 years for killing a young mother, shocking members of her Manitoba community.

In January of this year, Michael William Okemow was found guilty of second-degree murder in the 2015 beating death of Crystal Andrews, 22, in God’s Lake First Nation, a Cree community 545 kilometres northeast of Winnipeg.

“Michael killing Crystal has had a very big effect on her family, on this community and beyond, because she is one of so many murdered Indigenous women,” Court of Queen’s Bench Justice Chris Martin wrote in his sentencing decision, which was delivered in a hearing in the remote, fly-in community earlier this month.

Martin wrote that delivering the sentencing in the community — which he noted was in the midst of a lockdown due to COVID-19 — was important as part of the community’s healing journey, and called the effort a “minor step of reconciliation by the justice system.”

He also aimed to deliver the decision “in relatively plain language, as requested because Cree is the community’s first tongue,” he wrote.

“Crystal had a husband and two young children who loved her, and foster children,” his sentencing decision says.

“They will miss her as they go on in their lives. They are heartbroken. So are many friends and other family, like her mother. She had a bright future. It is the worst thing that could happen.”

WATCH | Family of Crystal Andrews held a vigil for her shortly after she was killed in 2015:

The family of a woman found dead on a remote, northern Manitoba First Nation this week gathered for a vigil at the steps of the Manitoba Legislature Thursday night. 1:49

Andrews was last heard from on the night of Nov. 8, 2015, when she called her fiancé to say she was on her way home from a friend’s house following a social. She never made it home.

Earlier that day, court heard, Okemow hit two people with his SUV. He saw Andrews as he was driving away.

“Sadly, Crystal was in the wrong place at the wrong time,” Martin said.

That night, Okemow somehow got Andrews into his vehicle and drove her out to a winter road, where he beat her to death. He tried to hide her body in the bush to avoid being caught, according to court documents.

Police, who were looking for Okemow because of the hit and runs, found his SUV sinking into wet muskeg. At that time, RCMP didn’t know Andrews was missing or that her body was hidden nearby.

Police later suspected Okemow in her killing, but it took time to link him to her murder using DNA evidence. He was charged with second-degree murder in 2018.

Considered Okemow’s past in sentencing

In his sentencing, Martin said he considered the severity of the crime and Okemow’s past criminal history, along with the man’s current mental health status, and the abuse and neglect he had suffered himself.

The court heard Okemow was adopted and abused as a child. He began drinking when he was 10 years old and developed a serious addiction. He has only a Grade 6 education.

His alcoholism and substance abuse made it difficult to diagnose his schizophrenia, which happened while he was in prison.

When he was released back into the community, Okemow had difficulty accessing the medication and services he needed to manage his mental health issues.

He was periodically transient and homeless, adding to the instability of his life.

But Martin also noted Okemow has a history of violent crime, and said he believes the man knew killing Andrews was wrong.

“He tried to hide her in the bush and tried to avoid being caught. He washed his clothes and hid his … runners. He lied to police later. He knew what he did was very bad,” Martin said.

A second-degree murder conviction comes with a mandatory life sentence. In determining how long it will be before Okemow is eligible for parole, Justice Martin said he considered the time he spent in a small cell during his trial.

Because of the community’s remoteness, and the lack of access to a remand facility, Okemow spent approximately six days in a cell that the judge described as being “like solitary confinement.”

“It is, as a local judge described, inhumane, more so for Michael, suffering as he was with a major mental illness, which was a daily concern throughout the trial,” he said.

“There is no TV, no exercise or fresh air, no reading material (unless the lockup guard personally offers something) and no way to talk to or see other people, except maybe a cellmate, when double or triple bunking. Meals are eaten in the cell. There is a toilet and sink in the cell; but absolutely no privacy to use it.”

Considering these elements, Martin sentenced Okemow to 16 years in prison before he is eligible for parole, reducing it by two months because of the conditions of his jail experience.

“That is a harsh but fair sentence,” Martin said.

“If Michael is ever released, I expect the parole people will never allow him to return here,” to the First Nation where Andrews was killed.

“The scars will never heal.”