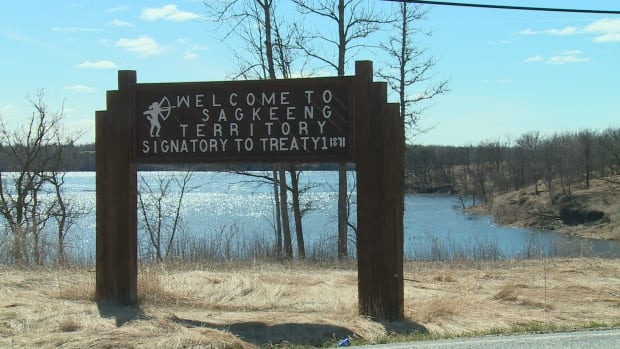 Sagkeeng First Nation has declared a state of emergency in response to the COVID-19 pandemic, banning non-band members from the community until further notice and implementing a curfew for residents.

An update posted on the First Nation’s Facebook page just after midnight Wednesday says the decision was made by the band council after two cases of COVID-19 were confirmed in surrounding communities.

It also says that no cases of the virus have been confirmed in the First Nation.

Sagkeeng, about 100 kilometres northeast of Winnipeg, is one of several First Nations in Manitoba that have declared local states of emergency in order to prevent the spread of COVID-19 in their communities.

“Sagkeeng First Nation is not promoting any type of discrimination or prejudices with these safety measures. We do realize that Sagkeeng businesses will take a loss; however, the well-being and overall safety for Sagkeeng residents is our first priority,” the Facebook post says.

Under the emergency measures bylaw, the First Nation also will implement a curfew from 10 p.m. to 6 a.m. for those living in the community, though exceptions will be made for essential and emergency service vehicles.

Sagkeeng band members will be permitted to enter and exit Sagkeeng during the designated times, but the band council is encouraging them to follow strict safety precautions.

Sagkeeng members who work outside the community and require entry after curfew will need clearance to re-enter, the Facebook post says.

While non-band members will be allowed to pass through the community using Highway 11, they cannot stop on the reserve, the Facebook post says.

People who work in the reserve but aren’t band members will be given special passes that will permit them to enter and exit the community.

A full copy of the post can be found below:

A copy of the resolution passed by band council members on Tuesday says the state of emergency will be in effect for 30 days.

The band council will review whether to extend it seven days before the state of emergency is set to expire.