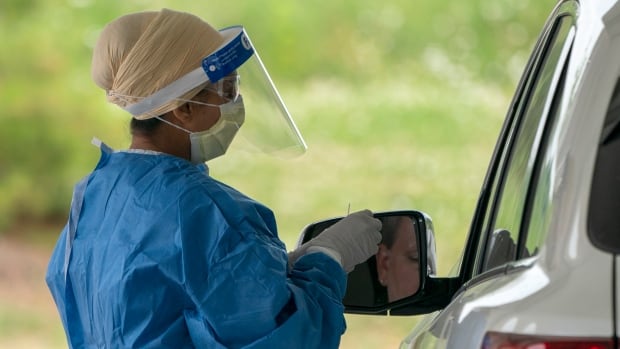 The mayor of a Manitoba community is calling on people in his town to be mindful of where they get their information about COVID-19.

In the face of anxiety stemming from the pandemic, some people in Arborg have started putting too much trust in gossip about where cases of the illness are in their community, and whether those people are following the rules, said Peter Dueck.

Dueck said he’s worried that a few people spreading misinformation in the town, which is roughly 115 kilometres north of Winnipeg, could snowball into a much bigger problem.

“We all know each other and we’re all friends and so if someone says, ‘You know, I heard this and this,’ it must be so, right? And it isn’t always,” Dueck told CBC’s Information Radio host Marcy Markusa on Friday morning.

Dueck shared his thoughts on how Arborg is handling the spread of COVID-19 in a Facebook post on Thursday that, as of Friday morning, had more than 260 likes, 225 shares and 80 comments.

One of the issues he raised in the post was Arborg being listed by a neighbouring community on a list of hotspots in the province for cases of the illness caused by the new coronavirus. But in reality, the community has had a few travel-related cases and no evidence of community spread, Dueck said.

As of Thursday, there were a total of four COVID-19 cases in the Arborg/Riverton health district. All four of those cases were still active, according to the province’s COVID-19 dashboard.

Dueck said it bothered him when he realized the only reason his town made the list was because of rumours spread by its own residents. That’s part of the reason he decided to make the Facebook post.

“We did that to ourselves, unfortunately,” Dueck said.

Dueck said he also wants people to refrain from judging others who they assume aren’t following COVID-19 rules.

“This sounds cliché, but it really comes down to the very basics. [The] golden rule: treat people the way we want to be treated. That’s what makes a community great. And that’s what we normally do.”

It’s a sentiment that’s been echoed by Dr. Brent Roussin, Manitoba’s chief public health officer, time and time again, particularly after truck drivers and people from Hutterite colonies became targets of stigma following cases of the illness in their communities.

“It’s not useful, it’s not appropriate and it actually hinders public health’s ability to control this virus,” Roussin said at a news conference in July.

As Arborg’s mayor and one of its longtime residents, Dueck said he feels “a little bit like a parent” toward people in his town — it’s why he wanted to help point them in the right direction.

“You love your community, you love the people and you want to see the best always come out,” he said.

“I am so madly in love with this community and I know how progressive and entrepreneurial and forward-focused we are by nature, so I couldn’t bear to see us self-destruct.”