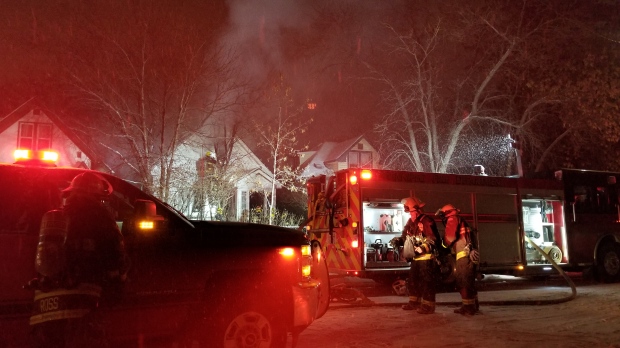 WINNIPEG – When firefighters were called to a fire at a Winnipeg home Monday night, they were presented with extra challenges.

Crews were called to the home in the 100-block of Rosebery Street, south of Portage Avenue, just after 8 p.m.

Terry Mymko, District Chief with the Winnipeg Fire Paramedic Service, told CTV News the home had reportedly been under renovations at the time of the fire.

“It is harder because there could be openings that we’re not sure of,” he said as crews worked to douse the flames. “There could be structural damage that they’re fixing, so it’s really unknown. So, for the most part, we’ve been fighting this fire from the outside.”

Mymko also said the stairs were ‘compromised’, making it harder for firefighters to attack the flames, the majority of which were on the second floor.

No one was inside the home at the time of the fire.