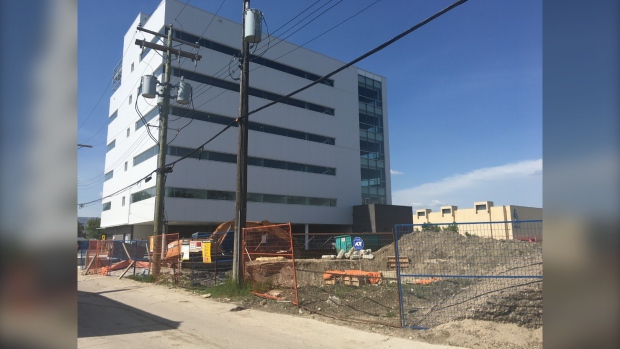 WINNIPEG — Developers planning to build a 15-storey tower at Confusion Corner want the mixed-use building to include robotic parking.

“Parkers drop their car in 1 of 3 ground level entrance bays. The entrance bays have sensors that match car sizes with stalls inside the garage,” according to a report published Monday by city council.

The four-storey parkade would include 134 stalls.

“A machine delivers the car to an appropriate stall, and returns it to the driver at the bay entrance when required,” said the report.

The development project at Osborne Street and Jesse Avenue is next to the rapid transit line. The blueprint includes commercial space on the ground floor and 75 residential units above.

There are also plans for 99 bike stalls, an office and a gym. The project still needs approval from the City Centre Community Committee before construction can go ahead.

The TOD zoning district was created three years ago to encourage the construction of high-density buildings near rapid transit stations.

According to the city, these types of developments boost transit ridership and slow suburban sprawl.