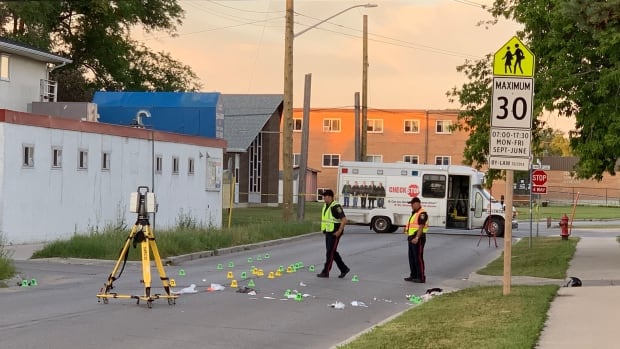 A “serious occurrence” in Winnipeg’s Elmwood neighbourhood late Wednesday night caused police to shut down one block of the street as officers investigate.

Several police vehicles, including a checkstop bus, were also at the scene.

On Thursday morning, police did not know how much longer the street would be closed for.