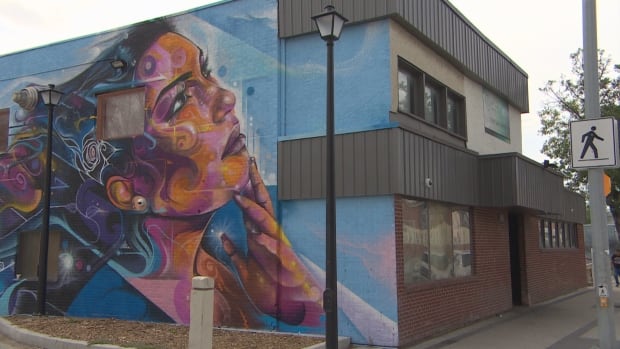 Next Thursday, the city’s standing policy committee on protection, community services and parks, will review a report from End Homelessness Winnipeg.

Following consultations with community groups in recent months at the request of the city, the report from End Homelessness suggests the city create a process where community organizations can apply for multi-year grants to expand or create 24-7 safe spaces.

“We’re delighted the city has agreed too look at this,” said End Homelessness CEO Lucille Bruce.

The city tapped End Homelessness to survey local community groups for their input.

The resulting report identifies a series of high need areas, including in the North End and West End.

It also comes up with criteria for securing multi-year grants, and estimates costs associated with safe spaces, depending on the nature of the organization.

To qualify, applicants would have to show they are serving one or more marginalized populations — including women, people who use drugs, youth, the LGBTQ community and survivors of sexual exploitation.

They also have to prove that they would take a harm reduction and trauma-informed approach, and hire staff with lived experience and medical or mental health training.

“Many of the youth identified this was important — to have people with that lived experience as part of the staffing so that they can relate to them,” said Bruce.

“And that it be harm reduction-focused, again, very critically important, so that people don’t feel stigmatized and judged but rather they feel understood and accepted.”

Right now, the only safe space operating 24-7 is Tina’s Safe Haven in the North End.

Named after Tina Fontaine, the teen whose 2014 death sparked calls for a national inquiry into murdered and missing Indigenous women and girls, the safe space obtained annual ongoing funding from the federal government last fall.

‘It does feel promising’

For a group like Spence Neighbourhood Association, which already has a 24-hour space but is only currently financially able to hold overnight hours for seven months of the year, the new report estimates a 24-7 safe space would cost between $100,000 and $150,000 to staff and run annually.

“It does feel promising,” said L. David, manager of the Spence Neighbourhood Association’s West End 24-hour Safe Space for Youth. “Safe spaces are a necessity and the city should prioritize that.”

David said the West End space is currently $50,000 shy of what it needs to maintain its 24-hour coverage through the winter.

For a community group that doesn’t already have the framework in place to host people overnight, but does serve one of the priority populations, End Homelessness estimates a 24-7 space would cost between $330,000 and $400,000 per year.

And for those groups that expressed an interest in expanding their services to include a 24-7 safe space, the report predicts the one-time capital costs of building or renovating such a space to be $500,000 to $750,000.

City is taking a closer look

She said some of the recommendations need to be clarified through a series of subsequent motions put to committee, but she is happy the city is taking a closer look at how it can fit into talks about safe spaces.

“There’s a lot to work with community on here,” she said.

“The city does need to be talking about housing and emergency housing and the 24-7 safe spaces.”