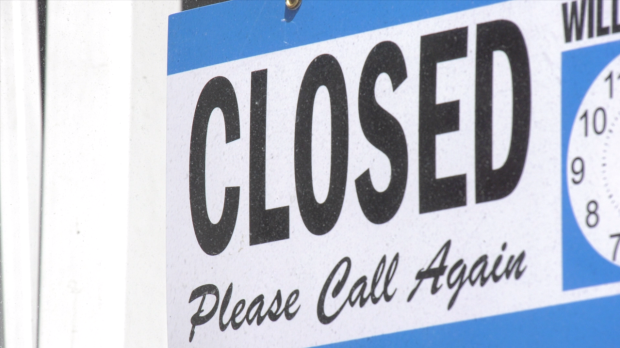 WINNIPEG — Another lifeline – this one in the form of rent relief – is being thrown at small businesses to help them stay afloat during COVID-19.

Ottawa has reached a deal with the provinces and territories to provide forgivable loans to landlords, as long as they lower their tenant’s rent by 75 per cent.

Any business paying less than $50, 000 in monthly rent which has had to temporarily close or has experienced a 70 per cent drop in revenues, is eligible.

Chris Hall, owner of a virtual reality studio called The Portal Winnipeg, hopes the program will work for his business. He moved to a brand new location in the city’s Exchange District a month and a half before the provincial government ordered non-essential businesses to shut down to contain the spread of COVID-19.

“So timing wasn’t great,” he laughed. “We moved in to the new space at the end of January, renovated February, opened in March. Closed 20th of March.”

“We’re fine with that. It is tough financially. We’ve signed up for a year lease and we’re paying rent on that and we’re not taking any income in at all. We also have other fixed costs.”

Under the new Canada Emergency Commercial Rent Assistance program, the loans to landlords from the federal government will be forgiven as long as the property owner reduces rent for eligible businesses by 75 per cent for three months, retroactive to April.

“The government will cover 50 per cent of that reduction with the property owner covering the rest,” Prime Minister Justin Trudeau announced on Friday.

To cover the government’s portion, Ottawa’s partnering with the provinces to provide the loans to commercial landlords.

Tenants would still be required to pay 25 per cent of their rent.

The Canadian Federation of Independent Business estimates 40 per cent of its members will qualify but worries others may fall through the cracks.

“It’s still up to the landlords to take advantage of this which is a concern going forward,” said Jonathan Alward, prairie region director for the CFIB. “The 70 per cent drop is really the big hurdle for most small businesses that have been impacted. Many in the retail sector – personal services, for example – they’ve been forced to close their doors by provincial governments. It makes sense that many of them will qualify, but restaurants, for example, that have been forced to close at least in part…a lot I expect will be left without help.”

Hall feels fortunate. His landlord deferred his April rent payment but Hall said it’s too soon to know what will happen in May or whether this new program will work for him.

“I understand the building owner has to take a little bit of a hit for it,” said Hall, referring to the 25 per cent cost landlords would required to absorb under the program. “So I have no idea what’s going to happen. Fingers crossed.”

The program’s expected to be operational by mid-May.