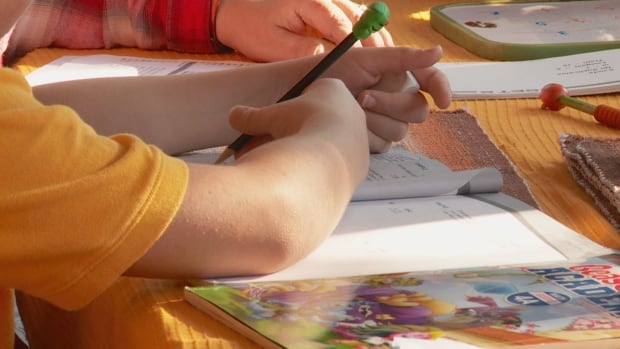 A group of six western Manitoba school divisions are collaborating on a virtual learning model for some students and families with immunocompromised people in their households.

The western Manitoba at-home instruction will also be offered to homes where a family member has a vulnerable health condition.

The move comes a week after in-class instruction resumed in the province; one of five COVID-19 cases that emerged in the days since was in a Brandon school.

Virtual learning through school boards in Manitoba is only being offered to students in households where medical advice has been given that they not attend school.

Some parents have taken issue with this rule because they’d like a virtual option for their children who aren’t eligible under the current guidelines. Home-schooling numbers have also risen.

The western Manitoba school divisions collaborating on the virtual classroom will pool resources and staff for remote learning.

The divisions are still working with school communities to determine who will get remote learning. Eligible families will be notified by early next week to formalize plans.

The at-home learning will begin on Thursday and Friday and will have a staggered start, the group said.

Manitoba’s largest school division is working on rolling out its own virtual learning model.

The Winnipeg School Division has 78 schools with more than 32,000 students and more than 4,500 staff members.

“The virtual classroom teachers will not have the added work of a full-time in-person class and can focus their teaching on their online students,” Winnipeg School Division spokesperson Radean Carter said in a statement on Tuesday.

Virtual learning is expected to be up and running soon. Until then, students who have been approved for remote learning by a medical professional will receive learning packages.

There are currently 126 students — 99 in English and 27 in French Immersion — signed up to take part in the virtual school, though those numbers may change, Carter said.