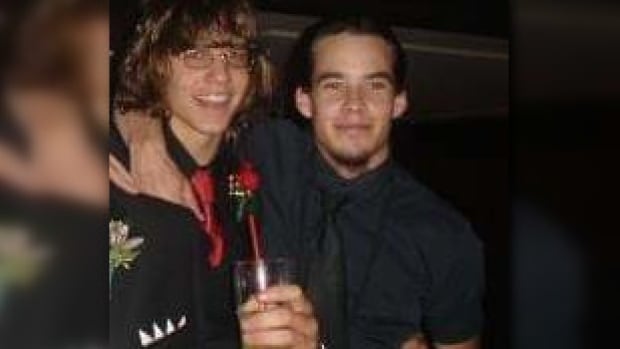 Tim McLean was a short man — something he’d put on his “tall clothes” and knock me around for saying that — but he was larger than life. I don’t want to paint him as a saint or a perfect person because nobody is, and honestly it would be a disservice to his character to do so.

One of his virtues was that he was unapologetically himself. He was young and taken from us far too soon, and the world is a lesser place without him. He was extremely charismatic and often demanded the attention of a room with his presence and strong, magnetic personality.

Tim was smarter than the average bear (one of his favourite things to say) and worked out so much he looked almost chipped from stone.

He hated working though. He didn’t like to hold a job for too long and usually got bored of it once he made all the friends he could.

Tim wasn’t much for owning things unless they were his favourite movies or music, things he could and would give away before long (with the exception of Little Timmy, his pet iguana, and his mini chopper which was short lived) since he was a true modern day nomad and didn’t have a place of his own to keep his things.

He preferred to let the wind blow him around to new people and places instead, never knowing what his next meal was or when or where it would be. He was never concerned though, because he really did have more friends than he could shake a stick at (another of his favourite phrases).

We drunkenly danced like mad fools on an entirely empty floor, putting on a comedy show of sorts for onlookers who were already winding down for the night. Only he could pull that out of me.– Kendall McLean

This was obviously why Tim loved the carnival so much. It too was nomadic, wild and loud with a constant cycle of new faces passing by — he was very much the living embodiment of it.

The last day I was graced with his presence was at my prom a month before his demise. He let loose, and he ate three-and-a-half 18-inch plates with heaping piles of food quite literally spilling over all the edges.

He smoked and got sauced — he had earned it, after all it was Tim threatening to kick my ass if I didn’t graduate, and me knowing he would that pushed me to the finish line. He was very proud.

That night he drank and smoked and caught up with old friends, and he even convinced me to get drunk in public with him for the first and only time.

We drunkenly danced like mad fools on an entirely empty floor, putting on a comedy show of sorts for onlookers who were already winding down for the night. Only he could pull that out of me. It was the time I’ve ever danced to something other than a slow song before — or since.

For the love and memory of Tim, try to have an adventure — maybe not today but any time, let the wind blow you around like he did and make new connections with great people.– Kendall McLean

The last time I laid eyes on Tim, he was waving from the window of his two-and-a-half cylinder Geo like a mad man and smiling like a lovable jackass — a fleeting glimpse really, since we were passing each other in a parkade after the party.

I would only speak to him two more times despite an odd nagging feeling to reach out to him throughout July that year.

First he got mad at me for deciding not to join him for the summer on the road. It was a short and disappointing conversation.

The last time was on Canada day. He messaged me a photo of the CN tower alight with fireworks. I think the last thing Tim said to me was “go to bed, squirt.”

So to mark the anniversary of his passing, I just want to ask people to tell everyone you love that you do love them. None of us are promised tomorrow so stay up to date with each other.

And for the love and memory of Tim, try to have an adventure — maybe not today but any time, let the wind blow you around like he did and make new connections with great people. If you read all of this then thank you for your time.

All this from the top of my head and the bottom of my heart.

I love you Tim and I miss you more every day.