Home  »  News   »   Remembering the Holocaust, and a beloved Winnipeg rabbi, in a time of pandemic 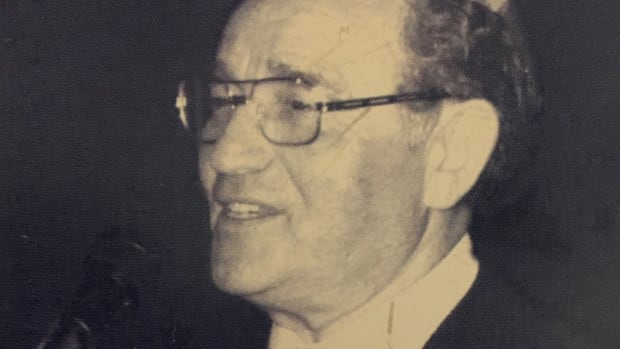 Survivors of the Shoah/Holocaust witnessed the absolute worst side of evil — manifested through the agency of human beings.

It will forever remain sui generis; unlike any experience ever experienced, and absolutely inexplicable.

No comparison should ever be made between this horrific stain on history and the current state of affairs with the COVID-19 pandemic.

But there are lessons that survivors of the Shoah have taught all of us — in the form of possessing extraordinary resilience, love of family and community.

Last week, Jews (and others) observed Yom Hashoah v’Hagvura, sometimes known as Yom Hashoah (ot the Day of Remembrance of the Holocaust).

This is an annual memorial which occurs on Hebrew calendar date of the 27th of Nisan. This moment, for Jews and others worldwide, induces immeasurable sadness.

Sadly, this is one more example of the challenges in commemorating a solemn event in a global pandemic.

He was a spiritual care provider to the hundreds of Shoah survivors who made their way to Winnipeg.– Rabbi Kliel Rose

Judaism, you see, demands connection to the concerns of everyone in the community — and the action to alleviate them.

Typically, that would involve gathering in person. And that was not an option in these pandemic days.

This was related to the passing of Winnipeg’s very beloved Rabbi Peretz Weizman — who served as the rabbi at the B’nay Abraham Synagogue (no longer in operation) for 38 years. When this congregation merged with two other synagogues he became rabbi emeritus of Congregation Etz Chayim (where I now serve).

In some very bizarre twist of fate, how fitting it is that this man, a survivor of the Lodz Ghetto and the Shoah, passed away on Yom Hashoah v’Hagvura, a day in which we pay tribute to all those whose lives were taken.

In addition, he had other titles and labels which he took seriously.

Perhaps, if that is even possible, his most noteworthy attributes as a rabbi came in two forms:

1) He was a spiritual care provider to the hundreds of Shoah survivors who made their way to Winnipeg, after they were liberated from the camps — people looking to make sense of life after living through hell.

2) He served (like so many survivors) as a brilliant chronicler, or a “bridge to old world,” for a generation that would never be able to fully comprehend the “treasures of Jewish wisdom, creativity and culture” — all destroyed at the vulturish hands of the Nazis.

He spoke passionately about hope for a world that is free from racial intolerance, bigotry and hatred.– Rabbi Kliel Rose

As Rabbi Weizman shared in a 2010 article by Paul Lungen, published by the Canadian Jewish News, “I am not a survivor.”

“Let me explain. I was a nephew, I was a son, and a brother.… All the titles are gone. Only a fraction survived, the naked ‘I’ survived.… I felt naked, unprotected.”

He didn’t decide to become a rabbi until after the creation of the Lodz Ghetto by the Nazis.

“I felt I should contribute to the Jews, that Judaism will need me, if I survive,” he said in the Canadian Jewish News article.

Rabbi Weizman, as he insisted, was not a “survivor!”

He was a model of someone committed to finding purpose and direction in life, to live longer.

As a witness to a heinous reality, he spoke openly about the atrocities committed by the Nazis.

He also spoke passionately about hope for a world that is free from racial intolerance, bigotry and hatred.

And he sought out to make his world whole, by not limiting himself to being known as a “survivor.” Instead, he reached for something higher, and pursued a life as one committed to thriving.

For me, Rabbi Weizman was a hero, family friend, a man of principle, an outstanding scholar of Torah, and a warm and comforting pastoral presence to many in the 50 years he served the Jewish community.

May Rabbi Peretz’s memory continue to be a blessing.

This column is part of  CBC’s Opinion section. For more information about this section, please read this editor’s blog and our FAQ.