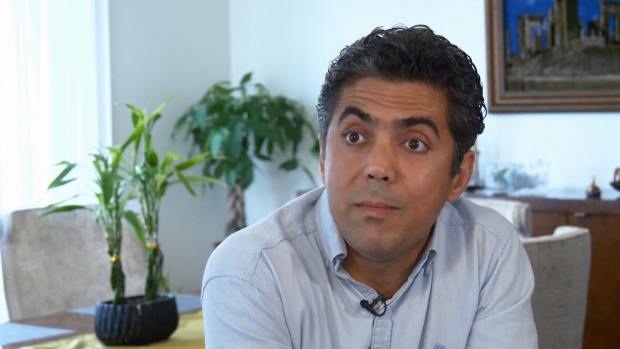 TORONTO — Police in Ontario have issued a warning about a recent wave of cottage rental scams that have taken advantage of people’s desires to get away from home during the pandemic.

Interest in cottages has exploded over the summer and is expected to stay strong into the fall, and some criminals are trying to cash in on the new travel trend.

Like many Canadians, Karimi Moosa was hoping to have some fun with his family over the weekend, dreaming of a cottage getaway where they could go boating and enjoy the outdoors.

Moosa immigrated from Iran three years ago and was looking forward to spending his first holiday in Canada.

“I just wanted to have a break with my family,” he told CTV News.

Moosa went onto Facebook to look for short-notice rentals and found an ad for a cottage that to him looked ideal.

“It was big, it was waterfront,” he said.

After calling the number, Moosa said he talked to someone who sent pictures of the cottage and asked for $3,000 up front. He was told others were also interested in the property, and so Moosa decided to jump on it and sent the money by e-transfer. He got a receipt, but he says something about it didn’t seem quite right.

“The first red flag I got was I searched the company number and there wasn’t any registered company,” he said.

It turns out the images had been swiped from a real estate listing, and there was no cottage at the address provided. Moosa had been scammed and his bank told him there was nothing they could do.

The same scam happened to another family from Burlington, Ont., after they spotted an ad for a cottage on Kijiji. They communicated with the supposed owner by email and were asked for an $800 deposit. Once the money was sent by e-transfer, the scammers stopped responding to messages.

It turned out there was no cottage.

“We just wanted to spend some time with the family,” said Voytek Konopczynski. “I was disappointed of course … I spent the money and I knew like, I’m probably not going to get it back.”

Some people have even shown up with their families at an address provided by the scammers only to find out the real owners knew nothing about the rental.

The shift to remote work and changing social attitudes due to the COVID-19 pandemic have resulted in a surge of interest in rural and cottage real estate, according to experts. Realtors in Ontario’s Muskoka cottage region have reported record sales, with 278 cottage properties sold in the last month – a 73 per cent increase year-over-year.

Police say scammers are taking advantage of the heavy demand for cottages and warn those using sites like Kijiji and Facebook to be extra cautious.

“I suggest that you don’t make a payment until you are positive that (the money) is going to the owner of the cottage and it is being rented to you,” says Const. Jeffrey Handsor with the Ontario Provincial Police.

Police advise potential renters to visit the property with a friend to meet the owner before you pay or to ask the owner to do a video chat where they can show the cottage’s interior to prove it’s legit. They also recommend avoiding e-transfers and direct deposits.

As for Moosa, he’s hoping others will learn from his mistake.