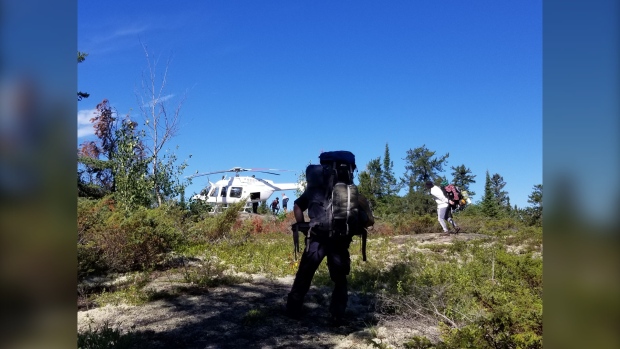 WINNIPEG — Three men were rescued by RCMP after they called for help due to severe heatstroke.

On July 25, Lac du Bonnet RCMP responded to a call around 8:10 p.m. that hikers were in distress on Mantario Trail, in Whiteshell Provincial Park.

Three hikers left on the night of July 24 and planned to complete their hike on July 27. RCMP said during their hike they started to experience severe heatstroke and called for assistance on the evening of July 25.

RCMP said STARS attended the scene but were unable to land because it was nighttime and not having a landing zone.

RCMP said it stayed in contact will the hikers throughout the night and on July 26, Lac du Bonnet RCMP took a helicopter and found the men on the northern tip of Mantario Lake.

The men were transported to Lac du Bonnet and treated by emergency crews.

Two of the men were treated and released, while another man was taken to hospital with non-life-threatening injuries.