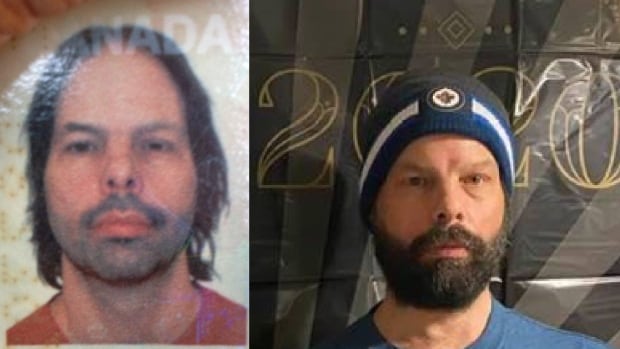 A Manitoba mother is pleading for help finding her son who has been missing for almost two months.

Christopher Peter Hawkins, who RCMP said prefers to go by Peter, has been missing since May 29, when he took a taxi from the rural municipality of Ste. Anne to Betula Lake, in Whiteshell Provincial Park.

His mother, Julie Hawkins, is asking anyone who may have seen him or knows anything about his disappearance to call police.

“This is every mother’s worst nightmare,” she said in an RCMP news release Tuesday.

“We miss Peter so much and are hoping someone has seen him or has information on where he may be and calls police. We just want to know he’s okay.”

RCMP say they have obtained a surveillance video showing a taxicab driving near Betula Lake Resort at 4:32 p.m. on May 29, the day Peter was last seen. In the video, the taxi stops just out of sight of the camera.

Peter is seen being dropped off, and is last seen on camera walking toward a path that leads to a provincial campground, the news release says.

He was last seen wearing a red T-shirt and grey pants, police said.