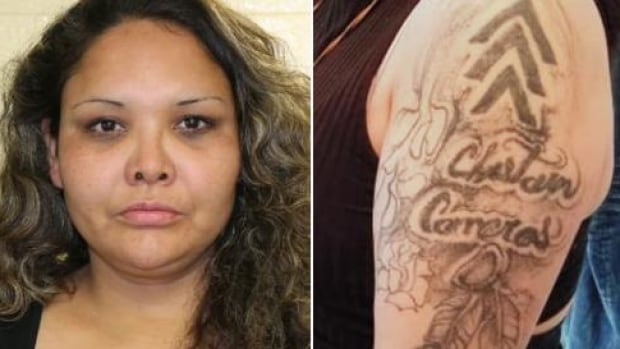 Manitoba RCMP are asking the public for help to find a suspect in the violent assault of a woman who was kidnapped and left in a ditch outside of Winnipeg last week.

Police were called to Pipeline Road, in the rural municipality of West St. Paul, at about 4:30 a.m. last Thursday.

Officers say a 32-year-old woman was assaulted in Winnipeg, forcibly taken to West St. Paul, assaulted again and then left in a ditch. She managed to crawl to a nearby home and ask for help, according to a news release issued on Tuesday.

RCMP say she was taken to hospital with serious injuries.

Two days later, officers arrested 33-year-old Hillary Harper in connection with the assault. She has been charged with attempted murder, kidnapping, aggravated assault, forcible confinement and sexual assault, and was remanded into custody.

They are still looking for another suspect.

Amy Heinrichs, 39, is wanted for attempted murder, aggravated assault, kidnapping, forcible confinement and sexual assault in connection with the attack.

Heinrichs is five feet, nine inches tall, with brown hair and eyes, and a tattoo on her upper left arm. She lives in Winnipeg but has ties to the Fisher Branch and Peguis areas, RCMP say.

Police are asking anyone with information about Heinrichs’s location to call RCMP at 204-668-8322 or Crime Stoppers anonymously at 1-800-222-8477. You can also leave a secure tip online at manitobacrimestoppers.com.