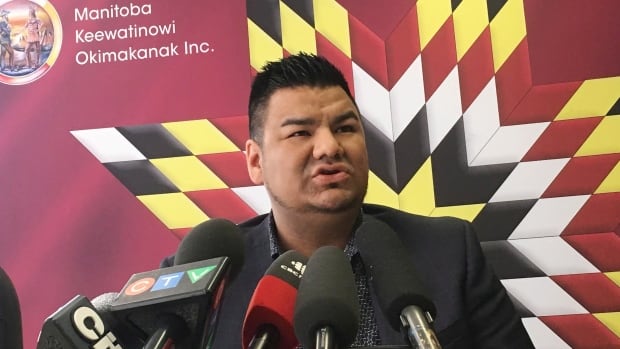 A rapid response team has landed in northern Manitoba to help York Factory First Nation prevent an outbreak of COVID-19 in its community.

The First Nation — whose home community is at York Landing, about 700 kilometres northwest of Winnipeg — has been in lockdown since a family of seven tested positive for the illness last week. The community has been up against a shortage of tests, lack of adequate housing, and a host of other logistical challenges.

The First Nation asked the federal government to send the rapid response team, in hopes it can help with some of those challenges, York Factory Chief Leroy Constant said Tuesday in an interview with CBC News.

The team of six arrived Tuesday afternoon and are now setting up to start rapid testing for close contacts of the family who tested positive, Constant said.

As of Tuesday afternoon, no one else in the community had tested positive for COVID-19, but there are some community members who are showing symptoms, he said.

He said Tuesday that about 65 close contacts of the family have been identified, most connected to the family’s children in the First Nation’s school.

“We’re looking to have all of the people that have been in contact tested immediately, and we’ll have a result on site as soon as we know,” he said.

One of the most significant challenges to isolating people who do test positive is the lack of adequate housing in the community, Constant said. York Factory has an isolation centre that can take about 27 people, but the First Nation is looking for more options, he said.

Right now, there are two people in the isolation centre, but Constant said he expects that will increase once more tests are performed.

The cases in York Factory First Nation came up in Parliament Tuesday.