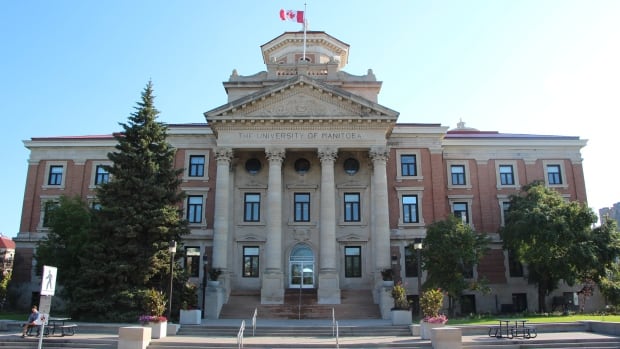 The Rady Faculty of Health Sciences at the University of Manitoba has passed an anti-racism policy for its campus that defines racism in a variety of forms and outlines the responsibilities of staff to address it.

Touted as the first of its kind at a post-secondary institution in Canada, the policy was approved last week by the faculty’s leadership last week.

By acknowledging that racism does exist at Canadian post-secondary institutions, this policy paves the way to address it, said Dr. Delia Douglas, who leads the faculty’s office of equity, diversity and inclusion.

“Because other policies, the existing policies that we have, don’t specifically address racism in a meaningful way, what happens is it remains invisible or it’s presumed to not exist,” she said.

“And of course, that means that it then persists.”

Titled “Disruption of all Forms of Racism,” the policy defines eight different forms of racism, such as interpersonal racism, systemic/institutional racism, and racial microaggressions.

It also gives 43 different examples of how racism can take place within the school.

Making it safe to report

In addition to making racially or ethnically offensive remarks, it also highlights things like failing to deal with racial incidents, failing to hire, train, mentor or promote racialized people, and curriculum content that does not address issues of race and racism and/or promotes or reinforces racial bias or stereotypes as examples of how racism manifests in the faculty.

Part of the impetus for the creation of the policy was that students and staff who were Black, Indigenous and people of colour said they have not reported incidents of racism because they have not felt safe doing so, Douglas said.

“This was an issue, that BIPOC staff, students and learners don’t feel safe in the current structure,” she said.

The policy outlines a “no wrong door” approach, and gives students and staff who experience racism a variety of avenues for reporting incidents.

They include reporting it to a manager, supervisor, course leader, department head, dean, or other trusted academic staff or faculty member, who is expected to provide the person with options for formal or informal reporting.

They can also report to the university’s Office of Human Rights and Conflict Management, or go through a third party and report the incident anonymously, the policy says.

“The point is to say that you have a number of options available to you to report,” Douglas said.

It also gives a number of options for addressing racist incidents, from requiring the perpetrator to attend educational sessions on anti-racism, to disciplinary consequences.

Douglas said she hopes the policy will help ensure the humanity, dignity and the rights of Black, Indigenous and people of colour are upheld.

“This is just one step towards organizational change … because this indicates a commitment, and an investment and a recognition,” she said.

“And so it gives us a mechanism through which we can move forward and ensure … the dignity and safety of both students and faculty.”