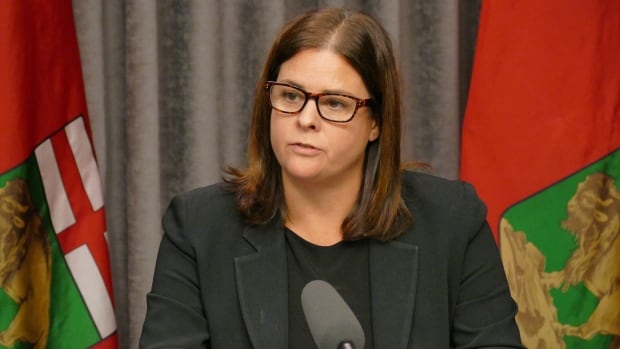 New fire alarms and appliances, along with accessibility improvements, are among the changes on the way for Manitoba Housing properties throughout the province.

On Thursday, the provincial government announced it will spend $31.2 million this year to improve social housing units available to low-income Manitobans.

“This is an important investment for Manitobans who need affordable housing during these unprecedented times,” Families Minister Heather Stefanson said in a news release.

“This funding will support upgrades and repairs in units and properties across the province, benefiting hundreds of tenants.”

In the 2020 fiscal year, the province will spend more than $31.2 million on renovations, repairs and routine maintenance,  the province said.

But the Opposition NDP’s housing critic said the funding “does not make up for the millions of dollars in cuts the Pallister government has made to Manitoba Housing’s maintenance budget since they came into power.”

“Not only have they failed to build any new social or affordable housing stock, but they have sold off hundreds of units,” Thompson MLA Danielle Adams said in a statement.

“Access to safe, quality housing is one of the key solutions to Manitoba’s addictions crisis and the Pallister government’s cuts show their lack of commitment to vulnerable families during a pandemic.”

The money is ultimately helpful, but just not enough, says Josh Brandon, a community animator for the Social Planning Council of Winnipeg.

It also feels like the province is patting themselves on the back, he said.

“This new money … really isn’t anything new. In fact, it’s vastly inadequate compared to the need for social housing in this province,” said Brandon.

“If you look over the course of the [Progressive Conservative] government, we’ve seen a dramatic drop in the capital funding that’s gone into housing repairs and maintenance, and [that’s] one of the reasons why we’ve lost so much social housing in this province over the last several years.”

The amount of funding for social housing needs to increase by tens of millions of dollars in order to meet demand, said Brandon, and more social housing properties need to be built.

“Today’s announcement of a $31-million investment is a drop in the bucket compared to what is actually needed to maintain the existing stock of Manitoba Housing units in [the province’s] portfolio,” she said in an email to CBC News.

Bernas added that a lack of greater investment will not only keep more social housing from being built, but will limit how much maintenance is done, which could lead to more units becoming unlivable.

“This government must do better if it doesn’t want to leave behind a legacy of increased poverty and homelessness.”

Stefanson said in her statement the funding allows for work that will prepare 800 vacant units for new tenants, including 400 units in Winnipeg.