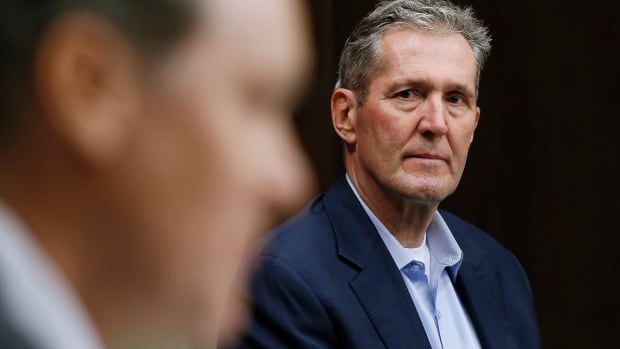 Manitoba is changing the rules to get former nurses back in hospitals and bolster its health-care staff before the COVID-19 crisis in Manitoba gets worse.

“As we know, we are in unprecedented circumstances,” Health Minister Cameron Friesen said. “We have seen what happens when preparation is insufficient.”

The province will now let former nurses apply for an expedited temporary registration during the pandemic, Friesen said at a news conference on Wednesday.

Returning nurses must have been in good standing with the College of Registered Nurses of Manitoba during the last five years, and must be able to safely provide care, Friesen said.

Application and registration fees will be waived for former registrants applying through this process.

This waiver applies to former nurses within the province and nurses returning to Manitoba. The change is possible because Friesen issued an order under the Regulated Health Professions Act to let the registrar of the College of Registered Nurses waive or modify its requirements, so former registered nurses can start working again with fewer hurdles.

The order will stay in place until there is no longer a serious, immediate threat to public health.

WATCH | Health minister urges former nurses to come back to work during pandemic:

Manitoba Health Minister Cameron Friesen calls on the province’s former nurses to spread the word in their networks that their help is needed. 0:40

Nurses coming back could be assigned to answer phones at Health Links or work in hospital wards, Friesen said.

The move will allow the province to better prepare for the anticipated further spread of COVID-19, said Premier Brian Pallister.

“I have no doubt that many retired nurses are going to want to go forward and support their colleagues,” he said.

“I know that nursing is a caring profession and that nurses are caring people.”

Jackson said she has heard from some retired nurses who left the health-care system “not because they were ready to retire at the time, but because this government did not address their core concerns.”

“The high vacancy rates, the unsustainable workload — yesterday was our third anniversary of not having a collective agreement, and no sign of this government to come to the bargaining table with nurses,” she said in an interview Wednesday with Nelly Gonzalez on CBC Radio’s Up To Speed.

“And now we have a lack of adequate personal protective equipment, insufficient workplace health and safety protections — including what I think is an appalling lack of testing,” she said.

She also said she’s alarmed by reports of health-care workers testing positive for COVID-19 — something she fears is the start of a trend — and says nurses need better access to protective gear while at work.

“If this trend continues, the nursing shortage is going to be unsustainable.”

Friesen said the province is working to protect its health workforce in light of reports that at least four health-care workers in Winnipeg and Selkirk tested positive for COVID-19.

“It’s not ideal to have nurses and other health-care workers who are suddenly finding themselves facing a 14-day isolation order,” he said.

Friesen said Manitoba is still working on getting more protective equipment for nurses.

Infection of health-care workers has happened in other jurisdictions, Pallister said, but that did not lead to the call for more nurses on Wednesday.

Public health officials also announced on Wednesday they have started to see early signs of community transmission — cases of COVID-19 not related to travel or contact with known cases of the disease — in Winnipeg.

Temporary hospitals could be coming

Friesen said Manitoba is looking at building temporary hospitals or using some kind of structures outside hospitals to handle an expected surge in COVID-19 cases.

The province announced in a news release sent out during the announcement that it is spending $800,000 on three research projects. The Canadian Institutes of Health Research — the federal funding agency for health research — is also spending more than $465,000 on the projects.

Those projects include two at the University of Manitoba: one that is investigating how logistical systems can adapt to a pandemic, and another that is working on developing a COVID-19 vaccine.

The third project is at the Canadian Science Centre for Human and Animal Health in Winnipeg, which is home to the National Microbiology Laboratory. That project is focused on developing a cost-effective, point-of-need diagnostic test for COVID-19.

Province allows former nurses to apply for an expedited temporary registration during the pandemic. 40:28

Pallister was also asked Wednesday about further help for renters. He said the province will not be providing any rent subsidies for now.

The province announced last week it has frozen all rent increases and is postponing all non-urgent eviction hearings in response to the COVID-19 pandemic.

The premier also said Wednesday travel within the province won’t be restricted on highways, but that First Nations communities can take their own measures to slow traffic.