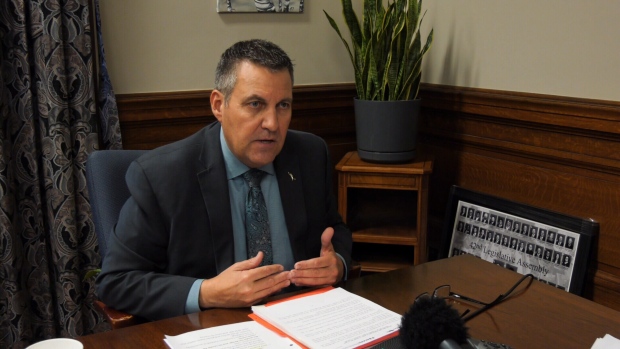 WINNIPEG — The Manitoba NDP is accusing the Pallister government of hiding the results of the Manitoba Police Services Act review.

In a release sent out by the NDP Tuesday, the party said the government is “violating the Act’s reporting requirements by refusing to make it public.“

“Now more than ever we need to be having critical discussions about accountability, transparency, oversight and justice in our province,” said NDP Justice Critic Nahanni Fontaine.

“But the province has ignored legal deadlines and is sitting on this report. The Manitoba government has a legal obligation to make this report public—it’s one of the first steps we can take to make police services more inclusive, more accountable and safer for Black, Indigenous and all people of colour in our province.”

The act must be reviewed by the Minister of Justice five years after it came into effect.

In an email to CTV News Tuesday, Manitoba’s Justice Minister Cliff Cullen was critical of the accusations made by the NDP.

“The statements issued today by the NDP Opposition are demonstrably false,” said Cullen.

“As a result of the COVID-19 pandemic, the completion of the review of the Police Services Act has been delayed. The first draft of the report has not yet been submitted to the Minister of Justice.”

Cullen said it’s not possible to conceal a document that doesn’t exist.

The NDP also criticized the Pallister government’s cuts to health care and housing, their response to Manitoba’s addiction crisis, and their cuts to community organizations.

“The Premier doesn’t want to admit that his cuts are hurting families so he’s burying a report which would only shed more light on that,” said Fontaine.

Minister Cullen said the government takes the review of the Police Services Act seriously and said the results will be made public once the final report is submitted.

“At a time when open dialogue and unity are critical, it is disappointing and irresponsible that the NDP Opposition and the Justice Critic have instead chosen to deliberately mislead Manitobans in an attempt to sow division and score political points,” said Cullen.