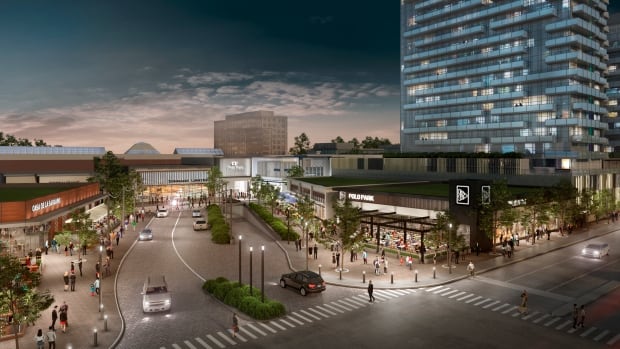 The provincial government is bankrolling a new study to determine development around Winnipeg’s Richardson International Airport — which has spent the past year opposing residential construction around CF Polo Park mall.

The province announced Tuesday it’s looking for a planning consultant to review land-use policies around the airport and update a 25-year-old airport noise study.

The need for a new study emerged earlier this year at city hall during a debate over changing an existing planning framework known as the Airport Vicinity Protection Area plan, which was created to reduce noise complaints about the airport.

Developers Cadillac Fairview — which owns the Polo Park shopping mall — and Shindico Realty requested the changes to make way for residential housing on parking lots surrounding the mall, as well as on the former Canad Inns Stadium site to the north.

The Winnipeg Airports Authority opposed the changes on the basis new development could threaten the 24-hour operation of the airport.

City council was poised to approve the changes in May before the WAA — with the backing of Transport Canada — signalled its intention to have the issue settled by the province’s municipal board.

Municipal Relations Minister Rochelle Squires said she expects the new studies to be finished late in the fall, which means new airport-vicinity planning guidelines could be in place before the municipal board makes a decision.

City-commissioned planning studies can take years to commission and complete.

“The intent is to have it done as soon as possible, because we know that decisions have been drawn out in this area for a very long time — and we know that right now, economic recovery is of utmost importance to Manitobans,” Squires said Tuesday in an interview.

She said her government is paying for the study because the province has a huge interest in what she described as “proper land-use planning” for the area around the airport.

“We know that there’s a lot of potential growth, but we want to make sure that the growth is managed sustainably, and we have an interest in ensuring that the Manitoba economy grows,” she said.

“The airport is essential to that, as is that area of the city of Winnipeg.”

“Any time you’re making big decisions, it makes a lot of sense to make sure that you have a proper plan in place,” WAA vice-president Tyler MacAfee said in an interview.

“It shouldn’t be done on [the basis of] which developer comes forward, at which time.”

“We don’t have any doubt that our engineers’ findings will be confirmed by a larger study,” said Justin Zarnowski, Shindico’s general counsel.

“Development at our Polo Park sites won’t have any impact in the 24-hour operation of the airport.”

The city, which has chafed against the province for granting more power to its municipal board, expressed no jurisdictional concerns about the airport-area planning review and noise study.

“The city is looking forward to working with the province on the initiative they announced today,” City of Winnipeg communications director Felicia Wiltshire said in a statement.

Mayor Brian Bowman’s office declined to comment because of the pending hearing before the municipal board.