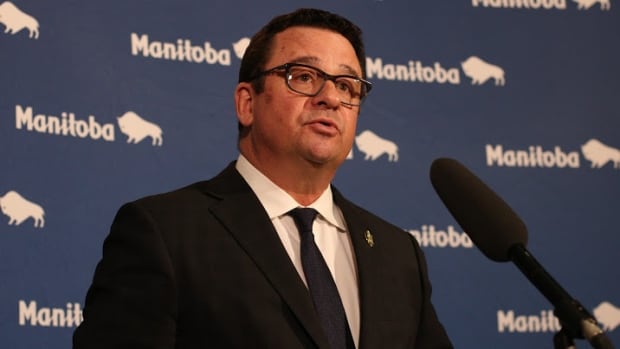 The Crown corporation can do so because it’s received fewer claims during the COVID-19 pandemic and had stronger than anticipated year-end numbers, he said.

“Many Manitobans have been financially impacted by this crisis,” Wharton said.

“MPI is proactively providing relief when it is needed most.”

The insurance agency can return $50 million immediately, but will need approval from the Public Utilities Board for the remaining $60 million.

The money, which Wharton estimates will be between $140 and $160 for the average household, will be returned as part of rebate cheques at the end of May or in early June.

Further details regarding the remaining $60 million will be available in the coming weeks, he said.

Wharton wouldn’t provide an update on the state of workforce layoffs in Crown corporations.

The province instituted an April 22 deadline for publicly funded bodies to come up with workforce-reduction scenarios, as the government copes with a sharp drop in revenue during the pandemic.

The government has requested plans for three scenarios: employee cost reductions of 10, 20 or 30 per cent, over a period from May 1 to Aug. 31.

“This has nothing to do with payroll savings,” Wharton said.

He did say the province is taking an “all hands on deck” approach, working in collaboration with employers and employees to determine what the future of their workforce could look like in “these unprecedented times.”