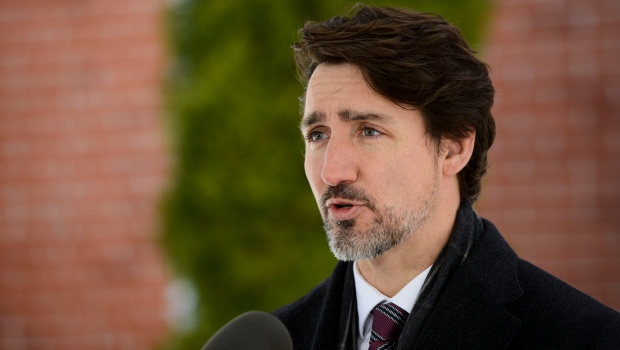 OTTAWA — Prime Minister Justin Trudeau is set to announce the government is loosening restrictions of the Canada Emergency Business Account, in the latest indication that it will be a long time before the country is back to business as usual.

The program, targeted at small- and medium-sized businesses, offers government-guaranteed loans of up to $40,000 to cover the costs of keeping their enterprise afloat during the COVID-19 crisis.

The current eligibility requires applicants to prove that they paid between $50,000 and $1 million in payroll in 2019, leaving out some businesses on either side of these figures.

The government had vowed to expand the program, the latest in series of expansions to the billions in financial aid being offered to buoy the economy in the face of a pandemic that’s halted most businesses in Canada for more than a month.

Continuing to update and broaden the stimulus and direct assistance to Canadians and businesses comes as the prime minister continues to caution that an economic restart won’t be on the horizon until the virus’ spread is under control and more widespread testing and tracing mechanisms are in place.

Trudeau has a meeting on Thursday with G7 leaders, in which he’s vowed to discuss “a strong and effective global response to this pandemic.” After U.S. President Donald Trump’s declaration late Wednesday that he was looking to ease travel restrictions along the Canada-U.S. border, and his decision to pull funding to the World Health Organization, it could be a lively conversation.

Canada has defended the WHO, which the federal government has relied on for guidance and information amid the pandemic, and just earlier this week signalled that now isn’t the time to reopen the border beyond allowing essential goods and workers to cross between.