Home  »  News   »   Power out for thousands in Winnipeg, surrounding areas as stormy weather rolls through 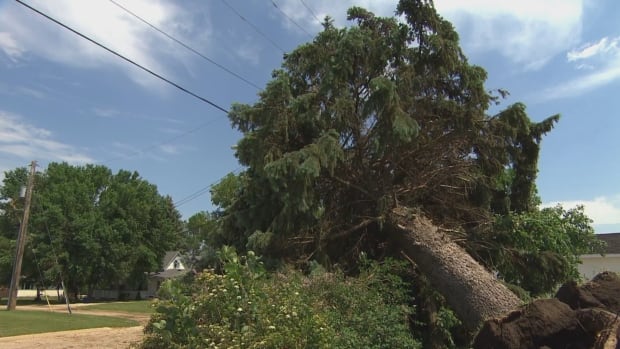 Thousands of Manitobans have been experiencing power outages as stormy weather rolls through the southeast part of the province.

As of 8:15 p.m. Wednesday, Manitoba Hydro was reporting nearly 10,000 people without power, including 9,381 customers in Winnipeg, on its website.

Fifteen minutes later, that number had dropped to 2,262 in Winnipeg, and fewer than 2,600 provincewide.

Outages were affecting customers in Winnipeg’s Elmwood and St Boniface areas, the Crown corporation said in a tweet.

<a href=”https://twitter.com/hashtag/mboutage?src=hash&amp;ref_src=twsrc%5Etfw”>#mboutage</a> We’re getting reports of outages in Elmwood and St. Vital areas. We have crews looking into it. No estimated time for restoration yet. <a href=”https://t.co/4nkh4tQq6v”>pic.twitter.com/4nkh4tQq6v</a>

<a href=”https://twitter.com/hashtag/mboutage?src=hash&amp;ref_src=twsrc%5Etfw”>#mboutage</a> Crews are dealing with the multiple outages caused by high winds and heavy rain overnight throughout the south of the province. More severe weather is forecasted for the area later today. Thanks for your patience as we work to get the power back on. <a href=”https://t.co/iyJVR01qDd”>pic.twitter.com/iyJVR01qDd</a>

On Wednesday evening, Environment Canada issued several severe thunderstorm watches and warnings, as well as heat warnings, for areas in the province’s southeast.

Residents in affected areas are advised to keep an eye on forecasts and alerts as the potential for more hot, windy, stormy weather continues Wednesday evening.