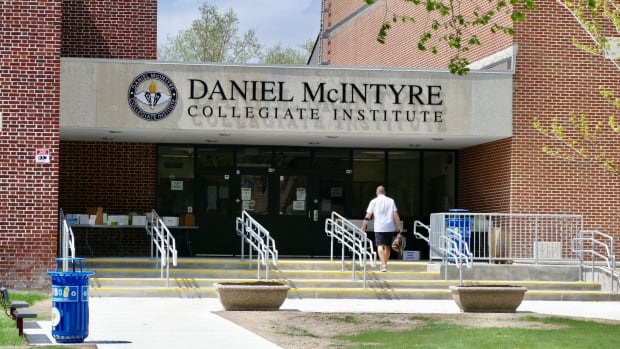 A person who was asymptomatic went to Daniel McIntyre Collegiate Institute in the West End on Wednesday in the morning and Thursday in the afternoon, according to a release from the province issued on Sunday.

The school confirmed in a letter to parents that the person is a student.

Meanwhile, another person went to John Pritchard School in North Kildonan all day Tuesday through Thursday also while asymptomatic.

The schools and cohort are being notified, the province says, but neither of the two people are believed to have caught the virus at school.

Additional cleaning of high-touch areas is being done at both schools out of an abundance of caution.

The risk for both exposures is deemed low because physical distancing was maintained while at school and masks were worn, according to the release.

There are no close contacts connected to either case and public health officials have not advised anyone to self-isolate.

Neither school is being elevated under the province’s colour-coded pandemic response system, given the low risk and lack of close contacts, the provincial release said. All schools in province remain at the yellow, or “caution,” level.

The province has now issued warnings about potential exposures at four schools since students went back to class, after people attended while asymptomatic.

On Wednesday, the province issued a news release warning that a Grade 7 student was in class at Winnipeg’s Churchill High School on Tuesday, and used Winnipeg Transit while asymptomatic.

On Saturday, there was a potential exposure to the novel coronavirus connected to a Grade 5 and 6 classroom in École New Era School at 527 Louise Ave., Brandon School Division superintendent Marc Casavant said in a news release that day.