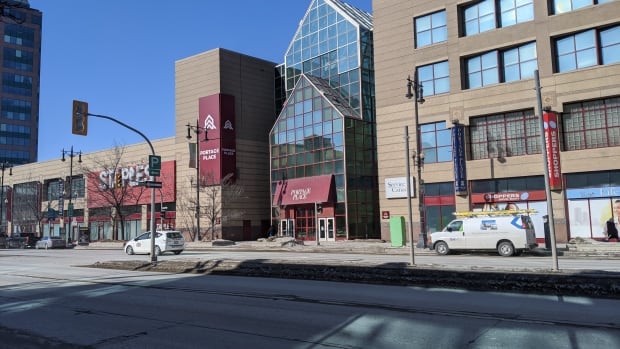 The Toronto-based company that offered to buy Winnipeg’s Portage Place mall more than a year ago is now asking for three more months to close the deal.

Starlight Investment’s request came after the federal government signaled it needs more time to review the company’s ask for a $20 million contribution to the mall’s redevelopment.

Starlight spokesperson Marni Larkin says this will likely be the last extension the company will agree to before deciding to walk away from the deal.

“It wasn’t an easy decision for Starlight to ask for this extension, because we are in a pandemic and there are a number of business pressures right now, but they really believe in the project and they see light at the end of the tunnel,” Larkin told CBC News Thursday.

The company has offered to buy the property for $69.9 million and promised $400 million to redevelop the massive downtown Winnipeg mall.

Two 20-storey residential towers would rise from the blocks-long property, and new retail and office space would be added to the 439,600-square-foot building.

The offer is conditional on the three levels of government providing a mix of contributions and tax support adding up to $60 million.

The City of Winnipeg and province of Manitoba have pledged their support, but the federal government wants more time.

Clare MacKay, speaking on behalf of the North Portage Development Corporation (a part of the ownership group of the mall property) says there is an understanding about the need for more time.

“We’re hopeful that things are continuing to move along and we look forward to what that investment will eventually be in our downtown; we are hopeful for that,” MacKay said. “And given the pandemic we are it’s quite understandable that things are moving more slowly than normally would have been.”

CBC News has asked for a comment from a representative for Mélanie Joly, the federal minister responsible for Western Economic Diversification, but has yet to receive a reply.