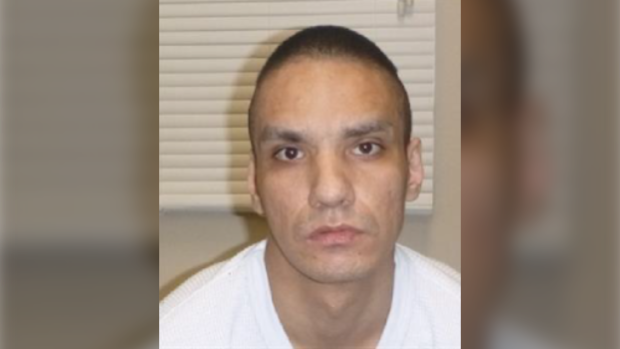 WINNIPEG — Winnipeg police are warning the public about a convicted sex offender who has been released in the community and is expected to live in Winnipeg.

Curtis Leroy George, 28, was released from Stony Mountain Institution on Monday after serving a two-year sentence for criminal harassment involving an adult woman.

According to police, George has a history of violent and sexual offending and is considered a high risk to re-offend in a sexual and violent manner against all females, both youth and adults.

George has been convicted on multiple charges of sexual assault, sexual interference, criminal harassment, and assault. The most recent offence, police said, saw George stalk, follow, harass and expose himself to an adult woman around her workplace and nearby buildings between April 2016 and February 2018.

George is subject to multiple conditions while released. He cannot attend Portage Place, City Place, Bell MTS Centre, or the Skywalk that connects those buildings until May 2023.

He is also prohibited from attending places where children under 16 are present or can reasonably be expected to be present until July 2023. These restrictions include public parks, swimming pools, daycare centres, playgrounds, school grounds, or community centres.

George is described as five foot six and weighs 117 lbs.

Police said any vigilante activity or other unreasonable conduct directed at George will not be tolerated.