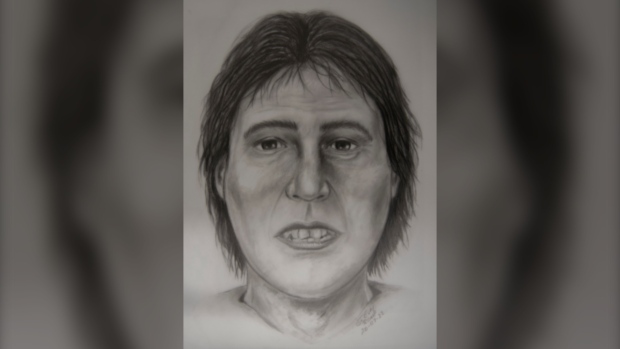 WINNIPEG — Manitoba RCMP is asking the public for help in identifying a man whose remains were found on Little Grand Rapids.

Mounties have tried to identify the person, but haven’t been able to do so.

The major crimes and forensic identification services have been working with the Office of the Chief Medical Examiner to determine the person’s identity, as well as cause of death, by taking the following steps:

Police also called in a forensic artist from Alberta, who created a two-dimensional reconstruction of the person.

Mounties said the individual is a man between 35 and 60 years old with dark brown hair. Officers said he was between five foot eight and six foot three in height, and had a crooked but full set of teeth. He was wearing Wrangler brand jeans and a string as a belt.

“Based on the information from experts assisting us in the investigation, we believe the deceased male has been at the location where he was found, for approximately three to eight months,” said Corp. Julie Courchaine of the Manitoba RCMP in a news release.

“Little Grand Rapids is only accessible by aircraft in the summer, however, in the winter there is an ice road that leads north and south out of the community. This means this individual could be from anywhere in Manitoba or even outside the province. No one in the community is aware of a missing male. We are hoping someone who has not seen or heard from a loved one recently, who matches this description, will contact us to further this investigation.”