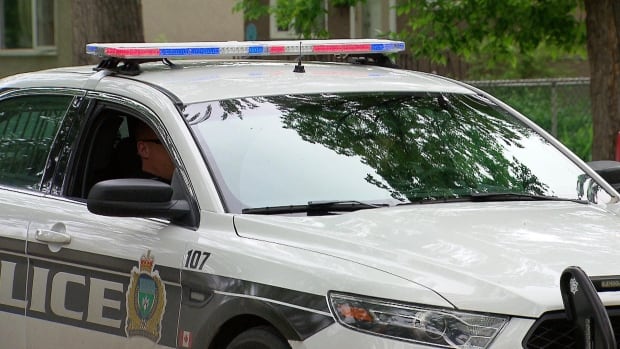 Winnipeg police are searching for a man who sexually assaulted a teenage girl early Tuesday morning.

The man was armed with a knife when he came into contact with the victim and another girl in the area of Stella Avenue and McKenzie Street around 4:30 a.m. Tuesday, police said in a news release Thursday.

He took their cellphones and then grabbed one of the girls, pulling her through several yards to an open industrial area, where he sexually assaulted her.

The other girl reported the incident to police from the area of Powers Street and Flora Avenue. She wasn’t physically harmed.

The first girl was found nearby a short time later, police said. She was taken to hospital and treated for her injuries.

The man was described as approximately 20 to 30 years old, police said. He was wearing shorts to his knees, a fanny pack around his chest, a grey or purple shirt and dark-coloured runners.