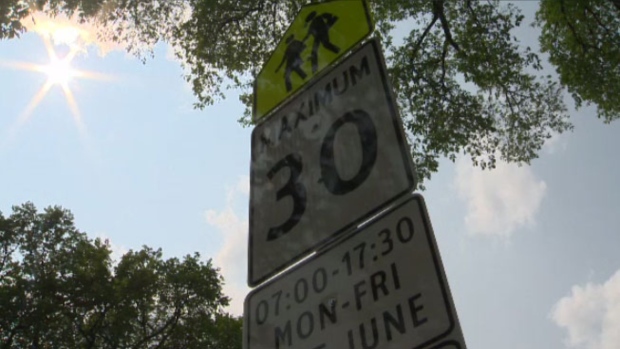 WINNIPEG — Winnipeg police have confirmed that more than 8,000 tickets were handed out in reduced speed school zones in June, which was nearly doubled compared to the same time last year.

“We have 8,120 issued in June of this year,” said Insp. Gord Spado, with the Winnipeg Police Service traffic division.

Police suspended the enforcement of school zones in March as both schools and playgrounds were closed due to COVID-19.

But schools reopened in June and therefore police once again started enforcement.

“It’s kind of concerning that we were very public about the speed limits not changing, even when we said we weren’t going to be enforcing it, so the speed limit has not changed from 30 km/h this year at all until the end of June, yet people were disregarding that speed limit.”

Spado said this has been the worst June since 2015, when over 7,900 tickets were handed out. That was the first year the city had reduced school zones all year long.

Spado has some theories on why there were so many tickets handed out.

“I think part of it, is the fact that people didn’t think they were going to get caught if they didn’t hear that we were going to be enforcing again. Or they were under the impression, wrongly, that the speed limit had actually been suspended, and it was now a 50 km/h zone like it would be in the summer, and that’s definitely not the case, and it’s not part of any messaging that was put out there.”

School zones are now back up to 50 km/h for the summer but come September they will drop back down to 30 km/h.

“Just remember that the bylaw and the speed limits in those reduced speed areas is 30 km/h from seven in the morning until 5:30 at night, Monday to Friday, from September to June. It doesn’t matter if we’re enforcing or not, that is the speed limit, and if you do get caught, it can’t be a surprise.”