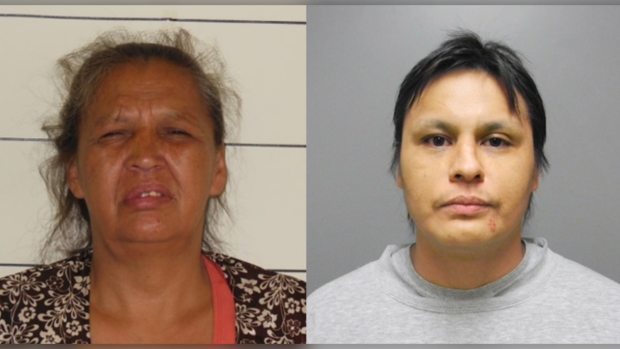 WINNIPEG — Brandon police have made another arrest in connection with a racially motivated stabbing on Thursday evening.

Police said a 21-year-old female from the Brandon area was arrested Saturday night in the downtown area near the skateboard park where the incident happened. This is the third arrest to be made in relation to the stabbing.

The incident occurred Thursday evening at a skateboard park on Princess Avenue in Downtown Brandon.

Witnesses told police that a group of five people, including one man and four women, started a fight with the man by yelling racial slurs at him.

Officers said a fight then broke out. Brandon police said video footage from witnesses filming the fight on their phones was obtained by investigators and shows the group punching and kicking the man.

Police said the man tried to defend himself by holding down one of the suspects when a woman allegedly stabbed him five times in the side of his abdomen.

The fight ended and the man walked away, bleeding from his side. Police note the suspect with the knife slashed the tires on the victim’s car before the stabbing.

All three people who have been arrested are facing multiple offences, including assault and public incitement of hatred. The last charge is a first for Brandon Police Service.

Police are looking for two more suspects and have issued arrest warrants for Steven Jason Huntinghawk, 46, and Annie Rose Huntinghawk, 60.

According to police, they have no fixed address are both face charges of assault and public incitement of hatred.

No charges have been proven in court.

-With files from CTV’s Kayla Rosen