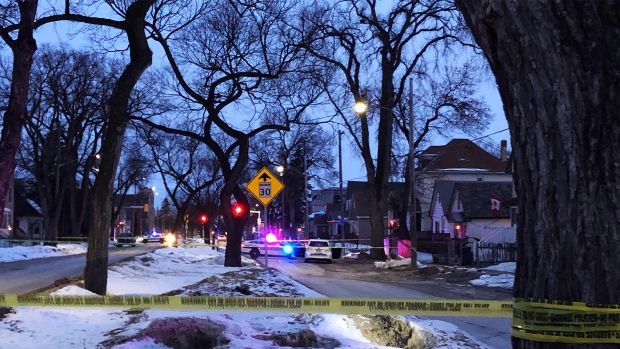 WINNIPEG — Winnipeg Police are investigating after a taxi driver was killed on Burrows Avenue Thursday morning.

At approximately 5:30 a.m., officers were called to what was described as a “serious incident” between McGregor and Andrews Street.

A Duffy’s Taxi cab could be seen surrounded by police tape with its doors open. Officers could be seen walking around the area, knocking on doors in the neighbourhood.

One neighbour told CTV News Winnipeg she was woken up by her son this morning, saying someone was crying on the street.

The cab company confirmed Thursday afternoon a driver was the victim.

“As of now we don’t have many details related to this incident,” a statement from the company reads. “We have been providing whatever information we have related to this taxi and the driver to Winnipeg police and Winnipeg Vehicles for Hire.”

The company said it has contacted the driver’s family and will assist wherever it can.

-With files from CTV’s Kayla Rosen and Alex Brown.