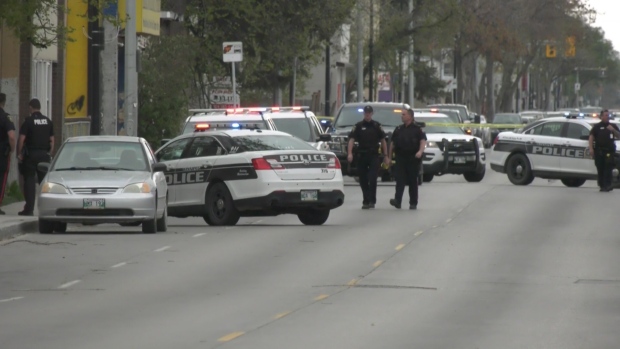 WINNIPEG — Winnipeg police officers are investigating a homicide after a man was fatally shot in the city’s William Whyte area on Thursday.

This is the city’s 16th homicide of the year.

Police said they were called to a home in the 700 block of Selkirk Avenue around 9:30 a.m. for reports a man had been shot.

Upon arrival, they found the victim on the front steps of the home with gunshot wounds.

The 23-year-old man was taken to hospital in critical condition where he was pronounced dead.

Const. Rob Carver said it’s too early to say if this was gang-related, but it does not appear to be random.

Carver noted the report came in as a 911 call after someone heard gunshots in the area.

Police did not release the name of the victim as next of kin are still being notified. They also didn’t provide any information on suspects.

The victim was known to police.

The homicide unit is investigating.