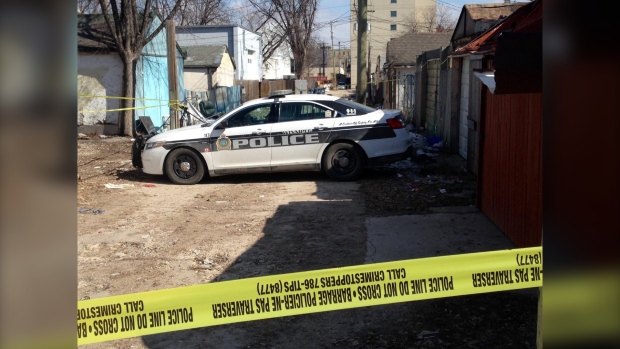 WINNIPEG — Winnipeg police are investigating after a man was found with a gunshot wound on Wednesday afternoon in the neighbourhood of Centennial.

Police were called to the intersection of Isabel Street and Ross Avenue at 1:40 p.m.

When officers arrived they found a man in the back lane of Ross Avenue between Ross and Elgin Avenue.

He was suffering from a gunshot wound and was taken to hospital in critical condition. He later died from his injuries.

Police said the man was 57-years-old.

Winnipeg police are asking anyone who was in the area at the time or saw any unusual activity to contact the homicide unit at 204-986-6508.

Police are also asking any businesses or homes that have video surveillance to check their videos. They are being told that any details that may seem insignificant at first could be critical information for investigators.