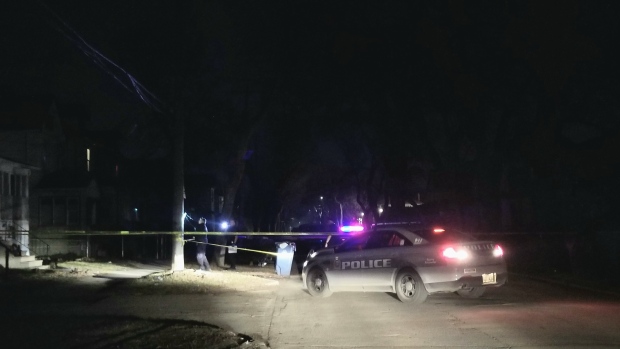 WINNIPEG — Winnipeg Police were on scene in the William Whyte neighbourhood Monday evening. Forensics investigators could be seen in front of a house in the 300 block of Alfred Avenue.

At least six evidence markers were observed, including one on a street lamp post.

The road was closed to traffic while police investigated.

Police say they expect to release more details regarding this incident later on Tuesday morning.

– With files from CTV’s Simon Stones