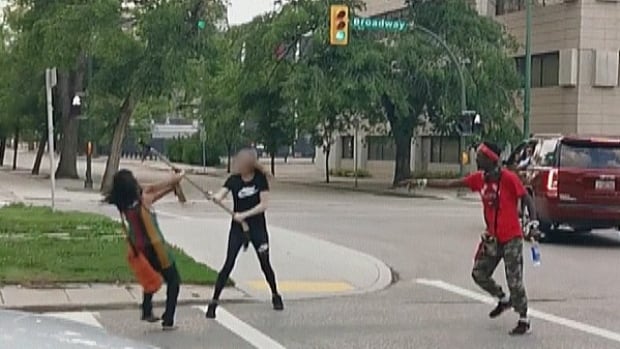 Videos of the incident, which was reported to police on July 4, circulated widely on social media.

In one video, a woman is seen getting out of a sedan on Broadway at Hargrave Street and charging toward two people with a hockey stick.

A second video shows another woman with a hockey stick, and it appears a protester is hit in the head.

A man and a woman who were participating in the protest got involved in a confrontation with the occupants of a vehicle trying to drive in the area, police said in a news release.

During the incident, the man and woman were hit with hockey sticks by the vehicle’s occupants, police said.

There were released and are set to appear in court at a later date.