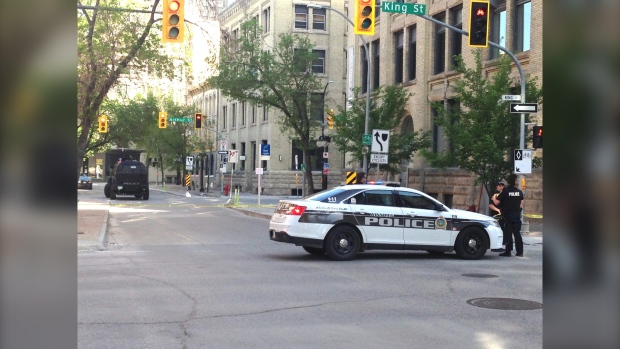 WINNIPEG — Winnipeg police have arrested a man after a ‘dynamic situation’ in the Exchange District Wednesday evening.

Police tweeted just before 5:30 p.m. that there was a situation at King Street and McDermot Avenue and that the public should avoid the area.

Police said a man was taken into custody, with the help of the Tactical Support Team, in the 200 block of McDermot Avenue in relation to an ongoing firearms investigation.

No injuries were reported in the incident.

Police said officers have cleared the area and roads have been reopened.

More information on the incident is expected on Thursday.