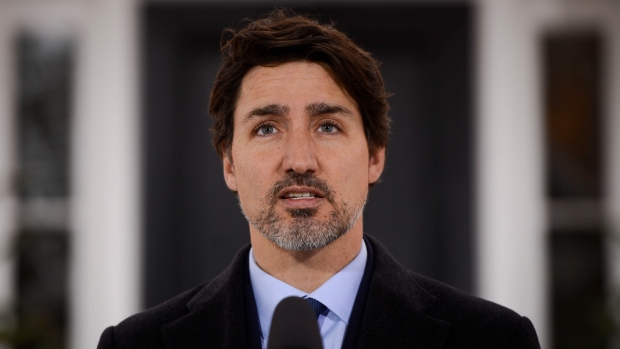 OTTAWA — Prime Minister Justin Trudeau is set to roll out an anticipated eligibility expansion to the Canada Emergency Response Benefit on Wednesday.

The update to the program that millions of Canadians have already applied for, will cover part-time workers who have lost one or more of their jobs as a result of COVID-19 and are earning less than $1,000 a month, sources tell CTV News.

As well, CERB will be extended to seasonal workers who are running out of employment insurance and who can’t find a job due to COVID-19.

Closing some of the gaps that have been identified with the emergency aid program has been a commitment the government has made, saying their initial focus would be on getting money out the door to as many people as possible and fine tuning the criteria later.

Among those currently not able to qualify for the $2,000 a month for four months, are gig economy or contract workers, as well as those who are working but earning less money than they would if they received the CERB, such as long-term care workers. The Liberals have said they have been looking into ways to keep these and other essential workers on the job with a top-up to their income.

As the program stands, in order to be eligible applicants must have earned at least $5,000 in the past 12 months or in 2019 as a whole, and must be out of work for reasons directly related to the COVID-19 pandemic.

In the agreement reached with opposition parties over the weekend to fast-track the $73-billion wage subsidy bill’s passage, the Liberals agreed to implement further support measures for groups that have fallen between the cracks of the existing emergency benefits.

Trudeau said on Tuesday to expect more announcements this week for help for students, essential workers, businesses’ commercial rent, and sectors that have been particularly hard hit.

The government has also been promising more mental health supports for Canadians, many of whom are feeling more stressed, anxious, or overwhelmed given the current crisis and the isolating nature of staying at home.

Meanwhile, with the mid-March agreement to resume regular House of Commons sittings on Monday on the table, talks are underway among the parties as to how Parliament could proceed amid the pandemic without packing 338 MPs back into the chamber.