Home  »  News   »   Pitch a tent or pack it in? Manitoba camps trying to navigate how to open under new normal 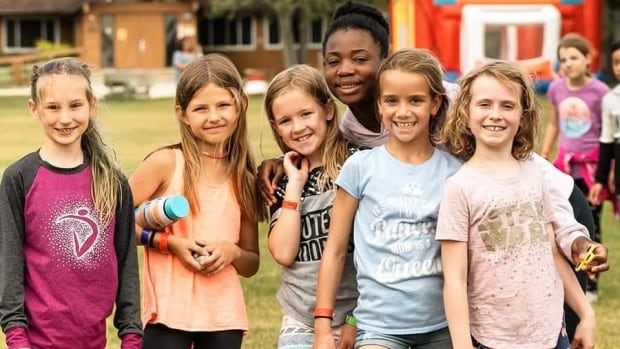 Manitoba camps are trying to figure out what this summer will look like, now that the province is giving them the green light to open with physical distancing measures still in place.

The new rules suggest no overnight camps are allowed at this time, although day camps are, so long as group sizes are capped at 16 and interactions between kids are kept to “brief exchanges.”

“What does that mean? Does that mean a parent dropping of a child and talking to staff? Does it mean if someone kicks a ball out of bounds and someone else picks it up they can talk to each other in passing? These are unknowns and we need to have them clarified,” she said.

Scherger says members are also questioning what physical distancing means in the context of a group of busy kids, and the provincial rules that remain in place limiting gathering sizes to 10.

Scherger has contacted two provincial MLAs for clarification but is still waiting for answers.

“This first phase of the government lifting some restrictions takes us to mid-June in terms of day camps. So those that involve an overnight stay are still hopeful they may be able to open in July and August, but what that will look like is in the planning stages,” said Scherger.

She says physical distancing is attainable in an overnight camp, but how do you run a camp program when interactions have to be two metres away?

“How are you going to do a variety of things such as putting a kid in a harness for wall climbing? How is the waterfront going to look? You can’t play a large group game in a small closed space. There are definite concerns on how this is going to look.”

Scherger says many of the overnight camps are waiting to see what Manitoba public health is going to decide because ultimately it is their inspectors who will issue operating licences to say they can open and operate. Having said that, Scherger says five summer camps have already made the decision to close. They include camps for kids with cancer and diabetes, along with the Tim Horton’s camp in the Whiteshell and a bible camp up north.

Camp organizers are questioning what is their responsibility to the public.

“Do they say we aren’t going to open because that is the responsible thing to do? Or do they say for the mental health of kids and parents, if public health health says they can open, kids need this. They need to be away from mom and dad and they need to be at camp and experiencing more than their backyard, their driveway or a walk in the neighbourhood.”

Other camps are grappling with the same questions.

Stephanie Middagh, an artist who owns and operates Artful Owl on Corydon Avenue, was filled with unwavering enthusiasm and excitement when she heard seasonal day camps can open.

Now she is filled with caution and concern, as she tries to figure out the right way to navigate the situation for her business and to make sure kids are safe.

While she has the green light, Middagh hasn’t decided if she will run her summer art camps in July and August.

Manitoba Theatre for Young People is hopeful summer camps will go ahead but a spokesperson says it is too early to make a decision. Camps that normally have up to 80 students in a week would have to be downsized to 16. It’s not known if that would be financially viable. More time is needed to rethink what can be done considering all the options.

The University of Manitoba, meanwhile, still hasn’t made a decision about its Mini U programs. In a written statement to the CBC, the U of M says it is encouraged by the government’s decision to open seasonal day camps, and hopes to know more in the coming week.

The Manitoba Camping Association is talking with their counterparts in other provinces to see what is being done. In Alberta, Scherger says no camps will open until September.

Here, she says everything is on the table to salvage summer.

“Maybe we run virtual camps in some locations. Or camp in a box, where a child is mailed a T-shirt and activities and a camp counsellor checks in with them. We hope to figure out more in the next couple of weeks,” said Scherger.

“We know we can’t offer to pack 15 kids in a camp van to bring them to an overnighter because that would go against phsycial distancing.”

Even if camps take every precaution Scherger says there is still an element of risk.

“Someone could still get COVID. That camp could be marred with, ‘This is the camp that opened and someone got COVID,’ and they could have a black mark against them, right? This could potentially happen,” she said.

Scherger said she is hoping to have more answers to some of the questions they are struggling with in the next couple of weeks.