An online storytelling project is capturing personal stories of immigrants and refugees, to provide a better understanding of what it’s like to settle in Canada— and to help combat anti-immigrant views.

The Migrant Stories project has launched a new photo series that aims to show some of the many faces of immigration in Manitoba.

Each photo in the series is accompanied by a short Q&A that helps share intimate stories of migration from around the world.

“We created this platform to share our positive stories — to show communities where we come from, and what we’ve achieved so far,” said Immaculate Nabisere, a Ugandan immigrant and co-founder of Migrant Stories.

Nabisere and her co-founder, Sumegha Gupta, also believe the stories can offer advice for new immigrants.

Nabisere started the platform in 2018 after witnessing and experiencing anti-immigrant sentiment, as the number of asylum seekers crossing the Canadian border increased.

“One time, I had some negative experiences myself,” said Nabisere. “People were accosting me, saying I’m stealing Canadian jobs. But they don’t know how … much we actually had to work hard to be where we are at.”

WATCH | Canadian immigrants share their stories and have their portraits taken: 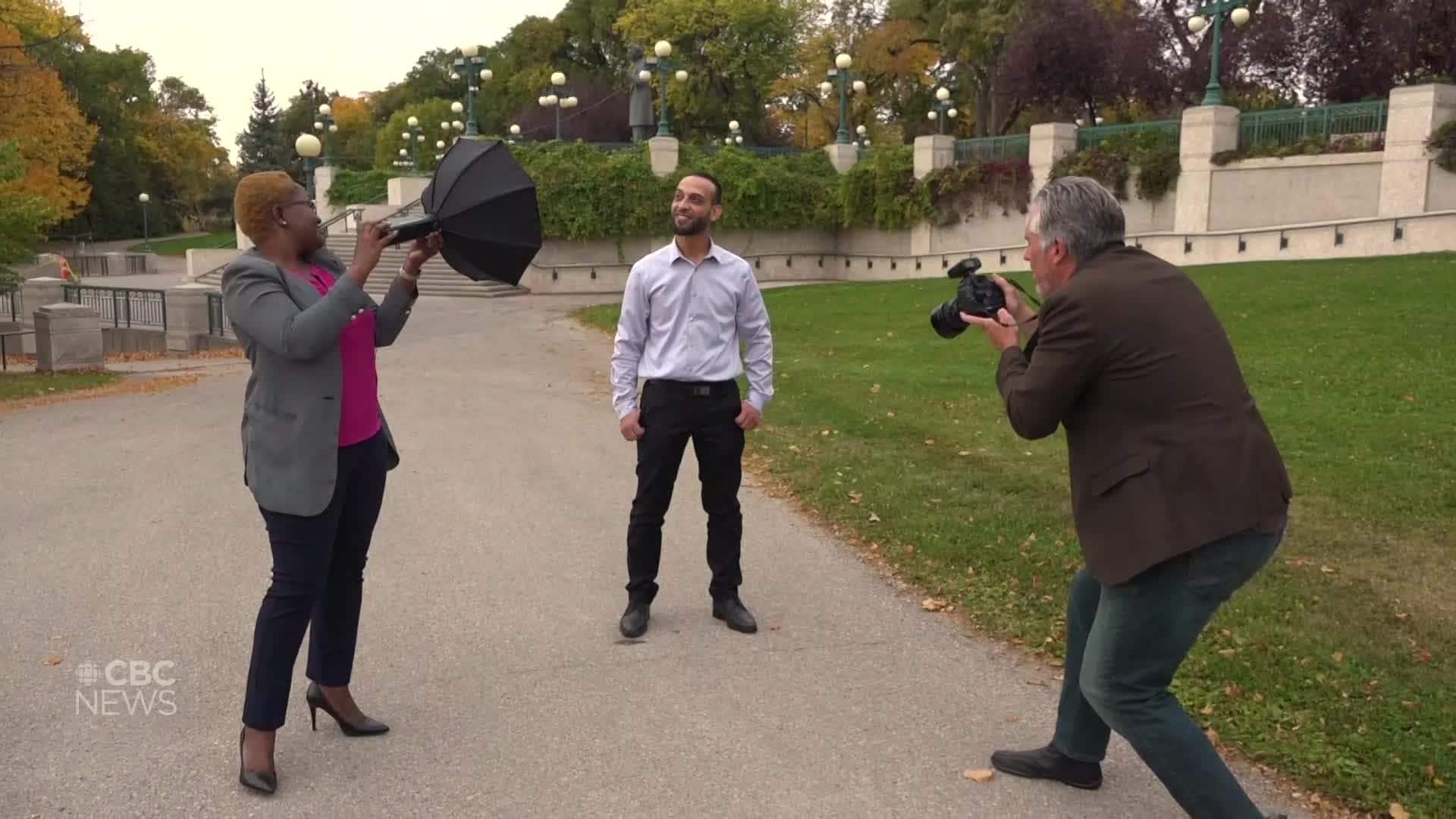 The Migrant Stories project aims to capture the many faces of immigration in Manitoba. 3:11

Chambers, who is of Jamaican descent, came to Canada from London, England, in 1967, at age three. Despite being raised in Canada, the St. Norbert-Seine River councillor is among the many migrants who are still targeted for being different.

He says Canadians shouldn’t be fearful of newcomers, and can find comfort in knowing immigrants share many of the same values as other Canadians.

For Chambers, that includes providing a better life for his family.

“Having that in common, I think we can work together in making our city much more diverse and much more inclusive,” he said.

“Immigration has driven the growth of not only our population, but our economy.”

Monika Feist, who immigrated to Canada as a child from Germany during the Second World War, is also among those featured on the website.

“The story I tell is about a child coming to this country,” she said. “That struggle that I saw is why I’m doing what I’m doing now.”

She believes that everyone has an important story to tell, and hearing these stories allows Canadians to see the uniqueness of other people.

Currently, most of the stories on the website feature Manitobans, but Nabisere hopes the Migrant Stories project will expand to include the stories of migrants across Canada.

“Maybe in years to come people will be able to use our stories to teach communities and schools. It will be a library,” she said.