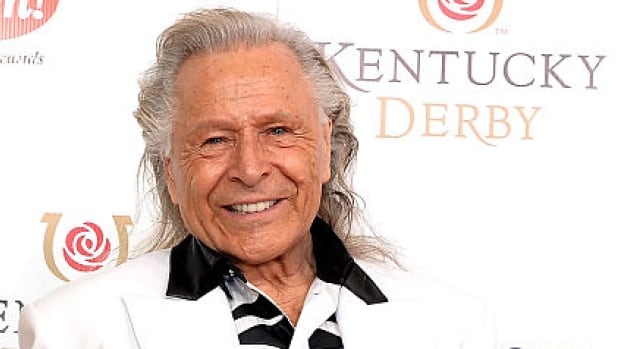 Fashion designer Peter Nygard is asking the Southern District Court of New York to dismiss the claims of 52 out of 57 plaintiffs who filed a class-action lawsuit alleging he sexually assaulted them.

In the notice of motion sent to the media Thursday morning, Nygard says not only do 50 of the plaintiffs have no connection to New York, he argues the American court doesn’t have jurisdiction over him or his companies named in the civil lawsuit.

The lawsuit was filed on behalf of 10 plaintiffs — nine women from the Bahamas and one American — in the Southern District of New York in February. Since then, 47 more women, including plaintiffs from Canada, have joined.

The women’s allegations against Nygard include rape, sodomy and drugging in locations that include New York, Winnipeg and Nassau. The allegations date as far back as 1977, and some of the women allege they were assaulted when they were as young as 14 or 15.

The FBI raided Nygard’s New York offices shortly after the class action was filed, as part of a criminal investigation. No charges have been laid.

Nygard says he lived in Nassau in the Bahamas from 1970 until 2018, before moving back to Canada. Nygard, who was raised in Manitoba, claims he’s been a permanent resident of the province since January 2019, and hasn’t been to New York since February of that year.

“Since at least January 2019, I have spent more time in Manitoba, Canada, than in any other location,” Nygard wrote in a signed declaration attached to the motion to dismiss.

“Since at least February 14, 1958, my passport has been issued to me by the government of Canada. I have never voted in the United States. I have no family members who reside or work in New York,” said Nygard.

Nygard says he is not a citizen or permanent resident of the U.S., and has never owned or leased property there, nor does he pay taxes in New York.

“New York City has been described as the Nygard ‘world’ or ‘corporate’ headquarters,” the court filings say.

“This was done for promotional and marketing purposes, to connect the Nygard brand to New York City, arguably the most well-known city for fashion in the world, and to grow business and visibility for the brand in the United States.”

In the motion, Nygard also claims the statute of limitations has expired for 38 of the plaintiffs. He says that according to the U.S. Trafficking Victims Protection Reauthorization Act, the women should have come forward no later than 10 years after the alleged assaults, or 10 years after they turned 18.

Nygard says the 38 plaintiffs have failed to prove that they couldn’t have filed their allegations before the statute of limitations ran out.

“Accordingly, for the 38 plaintiffs who are asserting Canadian law claims, if their claims are time barred under the statute of limitations applicable to the claims in New York, the claims must be dismissed,” Nygard says.

The motion to dismiss also says that 12 of the 57 plaintiffs’ claims allegedly occurred outside of the United States and thus require “extraterritorial application” under the law.

None of the allegations against Nygard have been proven in court and no charges have been laid.