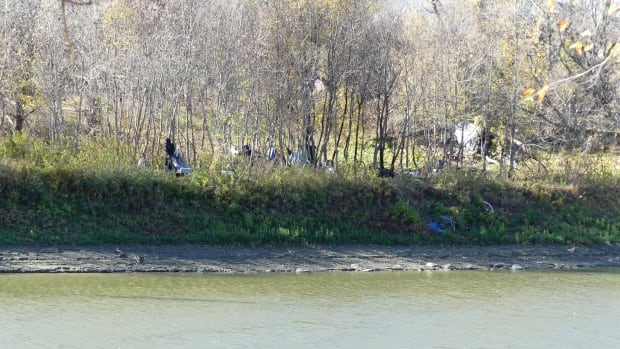 Someone was sent to hospital in unstable condition late Sunday night after a fire broke out near the bridge on Maryland Street in Winnipeg.

Firefighters responded to reports of a fire along the riverbank of the Assiniboine River, near the Maryland Street Bridge, around 10:50 p.m. Sunday, a city spokesperson told CBC News.

Residents living across the river could see flames burning along the riverbank, and some heard loud pops and bangs as firefighters arrived.

The fire was quickly extinguished, but one person was sent to hospital in unstable condition as a result, the spokesperson said.

The fire also destroyed a homeless encampment by the south side of the bridge.