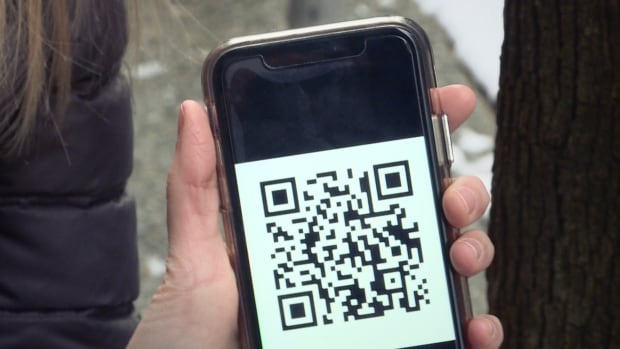 At high schools in the Pembina Trails School Division, students can scan QR codes set up in common areas, such as libraries, using their phones. Once they do that, an Excel spreadsheet pops up, where the student can input their information.

This allows the division to keep track of where students have been and who they sat with, explained Ted Fransen, the division’s superintendent.

If the student should later test positive for COVID-19, it’s then easier to figure out who they’ve been in contact with.

A QR, or quick response, code is a barcode that can be scanned using a cellphone app to get a link, or a piece of information. Many restaurants have recently started using them to let patrons see “no-contact” menus, for example.

“So it’s not even new technology, ” said Fransen. “It’s a simple solution to a complicated problem.”

Fransen said it was originally a teacher-librarian at Fort Richmond Collegiate who brought forward the idea of using QR codes for student contact tracing.

They’ve already had great success with it when there was a positive case at Oak Park High School, Fransen said.

When the high school’s principal had to meet with a public health officer, he had access to all of the contact tracing they needed, Fransen said.

“He had access to all of the information — where the student who was identified had been, who he was with, and it was lickety-split, very quick,” Fransen said.

The system has even garnered the attention of City of Winnipeg officials, who are planning to attend Fort Richmond Collegiate on Wednesday morning to see first-hand how the system works.

“To be clear, no decision has been made on the introduction of QR codes to log attendance at our facilities,” said Joelle Schmidt, a spokesperson for the City of Winnipeg.

“We’re simply interested in learning more about how the school division is using them.”