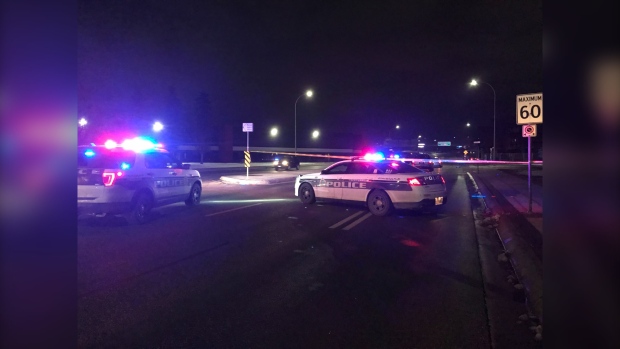 WINNIPEG — Police said a pedestrian was taken to hospital in critical condition Wednesday night after they were struck by a taxi on the Disraeli Freeway east of Henry Avenue.

A Duffy’s taxi could be seen within police tape that cordoned off the area around 9 p.m.

Police told CTV Winnipeg the pedestrian was not using a designated crosswalk at the time of the collision.

They said they did not anticipate any charges would be laid.

Northbound traffic was diverted away from the scene.

This is a developing story. CTV Winnipeg will update this story as new information is received.

-with files from CTV’s Mike Arsenault