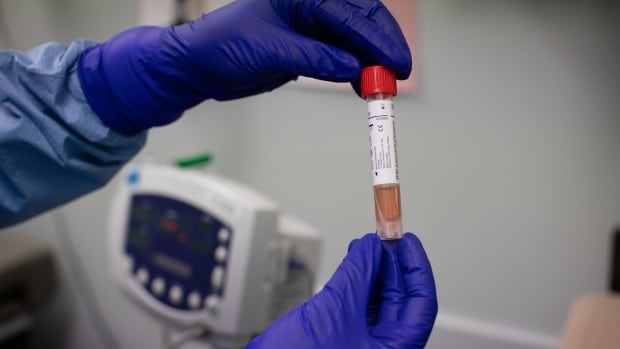 A person with COVID-19 went to a diner in Blumenort, Man., while sick, the province announced Friday, in a late-day news release.

The late afternoon release announced two additional cases of COVID-19 in the province’s southern health region. One of them attended JT’s Store and Diner on Penner Drive at around 6 p.m. on June 10, the province says.

Read a previous version of the story below

Manitoba has one new case of COVID-19 on Friday, bringing the number of active cases in the province to nine.

Provincial data shows the patient is a man in his 40s in the Winnipeg health region.

A spokesperson for the province said the public health investigation into the case is ongoing, and no further information is available at this time.

No one is currently in hospital or intensive care with the illness, the province wrote in a news release.

As of Friday afternoon, 309 cases of COVID-19 have been identified in the province since the pandemic began. A total of 293 people have recovered. Seven have died.

All nine cases announced in Manitoba in the past two weeks have been in the Winnipeg health region.

On Thursday, 626 tests were completed, bringing Manitoba’s total to 56,317 since early February.

The province is reminding Winnipeggers that hours of operation at the community testing site in Thunderbird House on Winnipeg’s Main Street have changed.

The site will no longer be open on weekends. It will operate Monday through Friday, from 9 a.m. to 4 p.m. It will also be closed on Monday for National Indigenous Peoples Day.