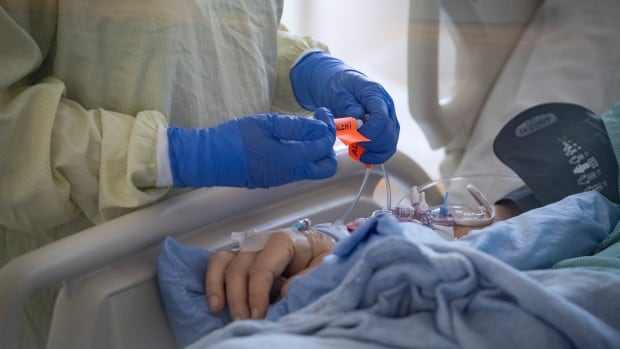 A patient died of a heart attack after leaving a Manitoba hospital’s emergency department because of a delay, the province’s latest critical incident report reveals.

According to the report, the patient waited to be triaged at the ER, but left after a delay. The patient later returned in cardiac arrest and died.

In a separate incident, a woman believed to be low risk unexpectedly delivered a stillborn baby.

And in another, a patient developed severe toxicity — resulting in a three- week hospital stay — from treatment for a cancer they didn’t have.

Those are among 68 critical incidents — serious and unplanned health-care events that cause harm to patients — detailed in the latest two reports, which are released quarterly by the province.

The reports cover the period between January and June 2019, and detail incidents at hospitals and care homes in Manitoba. Short descriptions are given of each event, but the reports do not provide identifying factors or specific locations.

The incidents are “definitely concerning, and I think they would be concerning to any Manitoban who’s accessing our health care in the province,” said Brianne Goertzen, director of the Manitoba Health Coalition, a non-profit health-care advocacy group.

“I think it also speaks to the overworked nature within our health-care system and the underfunding that is currently taking place,” she added. In its latest budget, the province said spending increases in health would be kept below two per cent.

“Health-care facilities are forced to do more with less.”

In the six-month period last year, there were 19 reports of patients who developed bedsores, skin breakdown, or pressure injuries and ulcers, which led to more extensive care, longer hospital stays and even surgery.

There were seven reported incidents of patient falls.

One patient who fell in the shower broke a bone and needed surgery. The report states “complete fall prevention strategies were not in place.”

Another patient who required two staff members to help transfer them fell while being helped by only one, resulting in a “significant change in [the patient’s] mobility and independence.”

In several other cases, patients got the wrong dose or wrong type of medication, or doses were missed, leading to extended hospital or intensive care stays, toxicity, or what the report refers to as a “decline in the patient’s health status.”

The mistakes may indicate the need for more resources, especially in staffing, Goertzen said.

She noted nurses and other health-care employees have spoken out about chaos within hospitals during periods of change, high rates of burnout and their resulting concerns for patient safety.

“And if the incidents occurred in personal care homes, it speaks to the staffing ratio issues that have been talked about by health-care advocates across Canada,” she said.

“At the end of the day, when you’re looking at any kind of critical incident,  you have to look at the people behind the incident as well.… Those are people, and there are families impacted by those incidents.”

Other incidents in the latest reports include: