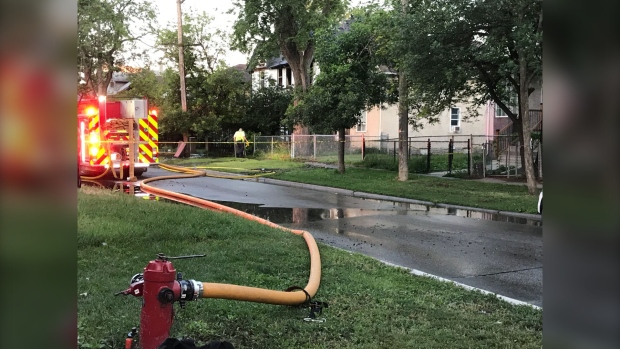 The fire took place at a home on the west side of Austin Street, between Euclid and Selkirk Avenues.

Witnesses said heavy flames could be seen above the roof around midnight, but the smell of smoke was noticed as early as 11 p.m.

“They said it was pretty huge,” said Howard Daniels, who lives next door to where the fire occurred.

“The flame was about a storey above it, above the house.”

More than two dozen firefighters battled the flames into the early morning hours of Monday.

CTV News has reached out to the City of Winnipeg for more information.